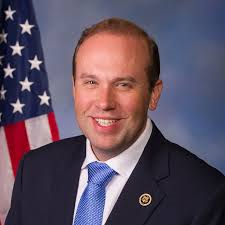 Washington Democrats are charging full speed ahead on a hastily-crafted, nearly $2 trillion bailout package. Simply put: this is the wrong plan, at the wrong time, and for all the wrong reasons.

The goal wasn’t to put shots in people’s arms, nor was it to offer relief to working class Americans. Instead, their goal was to bail out their friends and special interest allies.

It is the wrong plan because this package directly harms America’s working class.

By providing $510 billion to state and local governments who stayed locked down, the federal government is disproportionately rewarding the very states and Democrat governors who shuttered their economies, destroyed small businesses, and harmed our children by keeping them out of school.

It is the wrong plan because the bill spends $471 billion on policies that will reduce employment and destroy jobs. Just in our own district, sheltered workshops that allow so many great people with disabilities to have a job and a sense of community will be closed for good, leaving these individuals out in the cold.

This bailout would also pay employees more not to work. Because this bill provides over $20,000 per year in extra unemployment benefits, someone can earn up to $37,000 a year in Missouri from unemployment. That’s higher than nearly 40 percent of the household incomes in southern Missouri.
It is the wrong plan because it will raise consumer prices and hurt those living on fixed incomes, especially the 31 million seniors who get half or more of their income from Social Security. This bill will force those seniors to have to decide between necessities like food and heating their homes or the medicines they need to stay healthy.

This is the wrong plan for America’s working class.

It also comes at the wrong time. Absent any further stimulus spending, the U.S. economy will return to a pre-pandemic level of real GDP growth by the middle of this year. Unemployment will also continue to steadily decline, and this year we are poised for the largest economic growth in more than 15 years – again, this year. Even liberal economists like former Clinton Treasury Secretary Larry Summers agree this bill is too much.

It is the wrong time because if this bill gets enacted, Congress will have spent almost $6 trillion in stimulus. That is greater than the GDP of every nation on Earth except the U.S. and China. And of what Congress has already enacted over the past year, an estimated $1 trillion has not even been spent.

So now we know it is the wrong plan at the wrong time – but it is also for all the wrong reasons.

Let’s be real: less than 9 percent of the spending in this bill goes to crushing the COVID-19 virus and putting shots in people’s arms. The real reason for this bill is to send billions to bailout blue state governors and reward their harmful lockdown policies; billions for policies that satisfy the President’s political allies and their agenda. Even the billions they have put in here for schools, which they say are needed to reopen schools – less than 5% will be spent this fiscal year. And Democrats have been very clear that schools who receive this money will not be required to reopen.

I’ll say it again: this is the wrong plan at the wrong time for all the wrong reasons.
Posted by Randy at 1:42 PM

How is the bailout going for your constituents who rode the sedition bus to DC for Donald's kook koup on January 6?