Murderer of Carthage couple asks that sentence be set aside; taxpayers will foot the bill for his challenge 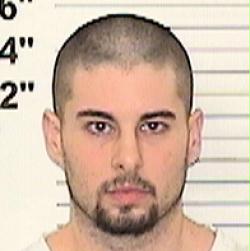 Just eight months ago, Darren Winans stood in front of a Jasper County courtroom and pleaded guilty to the brutal 2008 murders of Bob and Ellen Sheldon, owners of the Old Cabin Shop in Carthage.

Online court documents indicate Winans is having second thoughts about that guilty plea and the taxpayers, including the Sheldons' family, will help him indulge that whim.

Winans, representing himself, filed a motion Oct. 31 in Jasper County Circuit Court asking that his two life sentences be set aside and that he be given a trial. He asked that a public defender be appointed to represent him.


Winans also received 20 year sentences on two armed criminal action charges and 15 years for burglary, with those sentences to run consecutively with the life sentences.

Winans pleaded guilty Feb. 28 to the crimes in a plea deal that kept him from facing the death penalty. His co-defendant, Matthew Laurin, Springfield, pleaded guilty earlier and then committed suicide in the Jasper County Jail.
Posted by Randy at 3:33 AM