Nancy Hughes: Dare to be bold

“Pray also for me, that whenever I open my mouth, words may be given me so that I will fearlessly
make known the mystery of the gospel.”
Ephesians 6:19 (NIV)

My granddaughter Lola B. taught me a great lesson on being bold when she was in the second grade. Her sister Ava, who was a first grader, was being bullied by another student. Ava, who was very shy, had tried unsuccessfully to get the girl to stop her behavior but it continued.

So Lola, who loved Ava very much, decided at 7 years old to help her 6 year old sister out.

Digging deep inside for courage, Lola walked up to the girl as she stood in the hallway with a friend. “I am Ava’s older sister and I understand that you have been bullying her. It needs to stop right now and I am going to tell your teacher about it.”

The girl looked a bit surprised but quickly nodded “okay.”

Then Lola went to Ava’s classroom and found her teacher. “Hi. I am Lola, Ava’s older sister. I want you to know what is going on with Ava being bullied. And I want to let you know that I will be speaking to my mother about this.” Mercy.
.
Oh to have the courage to be bold! That is something that I certainly need when I want to share Jesus. Can you relate?

The Scripture in Ephesians 6:19 speaks directly to that. Paul says “Pray also for me, that whenever I open my mouth, words may be given me so that I will fearlessly make known the mystery of the gospel.”

Why am I not bold when sharing what the Lord has done in my life? Why can’t I tell others about His goodness and mercy and forgiveness and hope?

Honestly, I cannot come up with a good reason. Only excuses.

Like, I’m afraid the person won’t like me anymore and no longer be my friend. Or, I think they will look at my life and all my flaws and failures and see me as a hypocrite. And, maybe I will say the wrong words. Good grief!

Paul wrote this passage as he sat in prison. In prison and thinking of how to share Jesus! And I can’t share because I am afraid that someone won’t like me? Shame on me.

Can I tell you that the bullying stopped? It did. All because of the boldness of a 7 year old little girl who loved her sister very much and was not afraid to speak truth.

How much more can we do to speak the name of Jesus in love and share the hope He gives to us all. Dare to be bold!

Father, please help me to share your hope through Jesus with love and courage. In Jesus’ Name. Amen.

Can you think of a time when the Lord nudged you to share His love and mercy with someone but you hesitated because of one of the above excuses?

Journal the names of five people in your life who need to know about the love and forgiveness of Jesus.

Beside each name write your excuse or reason for not yet sharing Him.

Pray over each name, asking the Lord to give you courage and boldness in love to speak to them. Then do that this week. Journal the result.

Ephesians 6:19 (NIV) “Pray also for me, that whenever I open my mouth, words may be given me so that I will fearlessly make known the mystery of the gospel.”

Acts 4:29 (NIV) “Now, Lord, consider their threats and enable your servants to speak your word with great boldness.”

Joshua 1:9 (NIV) “Have I not commanded you? Be strong and courageous. Do not be terrified; do not be discouraged, for the Lord your God will be with you wherever you go.”

Acts 28:31 (NIV) “Boldly and without hindrance he preached the kingdom of God and taught about the Lord Jesus Christ.”

Matthew 28:19 (NIV) “Therefore go and make disciples of all nations, baptizing them in the name of the Father and of the Son and of the Holy Spirit . . .”

(For more of Nancy Hughes' writing and information about her books, check out her blog, Encouragement from the War Room.)
Posted by Randy at 9:16 PM No comments:

David G. Hargroder: Some thoughts about music, good and bad 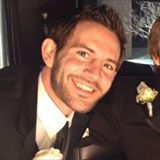 I’ll be 100% honest, my favorite type of music is hardcore gangster rap. I was actually just informed the other day that I am a fan of “Trap Music.”

The next generation is a very knowledgeable group. Now, don’t get me wrong, I love all music. I will tap my foot and bob my head to just about any genre of music; however, it takes Lil’ Wayne, Lil Boosie, or Machine Gun Kelly to get my day started. I usually mellow out during lunch to a little Drake or Young Gerald. And if we’re being honest, I tend to close the day on a 2pac and Eminem note. That type of music just resonates with my mentality when it comes to conquering the day.

So, what if your favorite type of music is Country? What about Death Metal? Maybe a little light rock helps you melt the day’s stress away.


On the flip side, I wonder how many people go through the holiday season wanting to rip their hair out every time a Christmas song comes on? Despite the genre you feel most connected (or disconnected) to there is one undeniable fact, music influences us to our very core.

In both times of good and times of bad most of us turn to music to either celebrate or get through the rough time. We use music as a tool to give praise, to party, to grieve; it’s almost like, we all really do have a personal soundtrack to our life. It took me several years to be able to answer the question, “If ever met with the unfortunate dilemma of deciding whether I would I rather be blind or deaf what would I choose?” At this point in my life I have to say I’d take being blind over deaf. I just love music that much.

Recent biomedical research has shown that music and rhythm affects multiple areas of the brain simultaneously, and the brain that engages in music is actually changed by that engagement. The research also shows that music is actually capable of building new neural connections in the brain through experience and exposure, thus improving the brain’s ability to “rewire” itself after trauma or injury. This rehabilitative phenomena, known as Neurological Music Therapy (NMT) has allowed certain individuals to lead more productive lives following their injury.

This type of therapy has been shown to be extremely effective in the treatment of PTSD suffered by our military veterans and active duty service members.

NMT has become a recognized treatment option by departments such as: Department of Veterans Affairs, Department of Defense, Department of Health and Human Services, and the National Intrepid Center of Excellence. The recognition garnered by this therapy has led to the development of The Center for American Military Music Opportunities (CAMMO.) This organization has a very simple two-pronged approach. First, to create music-based therapeutic programming and outlets for service members, veterans and family members. Secondly, to train and educate service members, veterans, and their families in music career opportunities including artist development.

What about the negative impacts of music? Sure, it can be a great therapy for many but recent studies also show that music can have a negative affect on human behavior and rational cognitive reasoning. The vast majority of studies conclude that these negative impacts are far more prevalent among adolescents and teenagers than adults. Under the educated assumption that these studies are accurate, it is important to understand the correlation between childhood development and the role choice of music plays in the development of today’s youth.

According to the American Academy of Pediatrics, “adolescents’ choice of music and their reactions to and interpretations of it vary with age, culture, and ethnicity. Research has even shown that there is also a difference in these variables between genders.

I’m no pediatric psychologist, but I would speculate that the gender variable stays constant throughout life. This isn’t to suggest that women don’t use music to get pumped up just as much as men do when we’re feeling lonely. It’s merely a statistical probability that men and women will react in some form or fashion consistent with the gender role in which he or she identifies.

Listening to your favorite music, for most, is the best way to coast through the day. While it’s true that we are constantly influenced by our surroundings, I believe it is especially true that you are influenced by the music you listen to. My philosophy on the matter, rock on, live and let live, and let the pieces settle where they may. Party on party people.