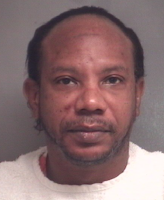 The second suspect in the Christmas Eve murder of Sean Harris, 47, surrended to the Joplin Police Department.

The probable cause statement said Jordan shot Harris at least twice during a confrontation at 627 S. Byars Avenue because he believed Harris was having sex with his girlfriend. Jordan faces charges of first degree murder, two counts of assault and three counts of armed criminal action.

Also behind bars after being arrested Tuesday is Moses Ramsey, 27, Joplin, who encouraged Jordan to shoot Harris. Ramsey is charged with the same crimes. Both men are being held without bond.

Suspect in Joplin murder charged with shooting another man in 2015, other suspect brutally beat girlfriend