Jasper superintendent to KOAM: $144,000 in stolen funds is all we can prove 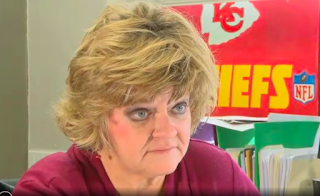 Jasper R-5 Superintendent Christina Hess told KOAM's Jordan Aubey that the $144,000 in missing funds is the amount the forensic audit was able to prove.

"Can I say there is more missing? No, because we cannot prove that," Hess said.

Thought it has been more than a year since the theft was discovered, district officials just revealed the the news of the missing funds, which have caused severe cuts to be made in district programs and services, to staff and have yet to send a letter to the public or to issue an official news release.

Federal prosecutors are expected to file felony charges against the former board secretary/district bookkeeper, who was fired shortly after the theft was discovered.

Embezzled funds cause of drastic cuts for Jasper R-5 School District, federal charges expected against former board secretary
Posted by Randy at 7:21 PM

Not a shock really if people only knew how that school was ran at that time and previously most of the staff that worked there at that time is gone one by one Principal superintendent counselors secretary Teachers all around the same time or shortly after.

Small school districts need to have back office operations consolidated with other like districts...give savings to teachers and get better accountability.

There sure is a lot of this going on in SW Mo business', churches, schools, and government offices. I though this was the bible belt? I thought all crooks only lived in Chicago, not the wholesome heartland.

Can someone explain all the cuts, if they got the money from insurance?

Oh no...SW Mo is a dump. I'm not sure why anybody in there right mind would choose to live there. It only takes 5 minutes on the Turner Report to figure that one out. My recommendation...drive away and don't look back. Feel thankful you made it out alive.

Just another day in SW Mo.