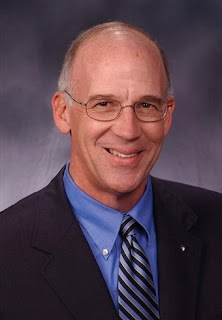 Former Rep. Ed Emery, R-Lamar, in his latest unofficial capitol report, addresses the recent shooting in Tucson, urging that Congress not opt for safety and put limitations on gun rights just to be safe:

Even if today’s risk is as much as twice as great as ever before, have we elected men and women to protect our constitution who are willing to violate it so they can be more secure? Will they concede our freedom of speech and our right to “keep and bear arms” so they can be safer? Will they move in the midst of panic to isolate congress even more from the people and expand the oxymoron of an elitism of public service?

In the wave of bullets at the Tucson Congress on Your Corner event average Americans ran toward the danger to defend others they didn’t even know. Will we tolerate congressmen and women who run away from the battle they took an oath to fight – the battle to defend our constitution and with it the future of America? Will we stand by in panic while they allow government of the people, by the people, and for the people to perish from the earth? In the tragedy of Tucson, AZ, God has provided a window into the character of our federal officials. We will soon know who stands with us and the constitution and who does not. Let us not watch in silence or those who stand with us may grow discouraged, and those who panic will prevail.

I read the original; interesting edit!

I don't know what that comment is supposed to mean, but I provided a link to the original. Anyone who wants to read it in its entirety can. There has been no effort to twist his words if that is what you are implying.