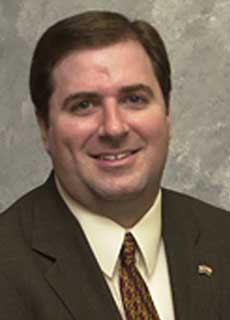 Eric Feltner, former chief of staff to Lt. Gov. Peter Kinder, was sentenced to 10 days in the Cole County Jail after admitting to violating his probation by accessing the internet for "personal non-business purposes."

Feltner was handed a six month suspended sentence Aug. 7 after he pleaded guilty to an amended charge of public display of explicit sexual material. Conditions of his probation were that he complete 100 hours of community service and not access the internet except for business purposes. Feltner completed his community service, as noted in the Nov. 19 Turner Report.

Feltner was originally charged with two counts of attempting to furnish pornographic material to a minor, but even that appeared to be a mild reflection of what a Jefferson City police officer's probable cause statement accused him of doing. As reported in the Jefferson City News Tribune:

However, the officer wrote, “The suspect knew that I was only thirteen years old because of prior chat conversations on Yahoo Messenger.”

He's a Liar and his ass needs to stay in jail! He's not sorry at all! Justice needs to be served!