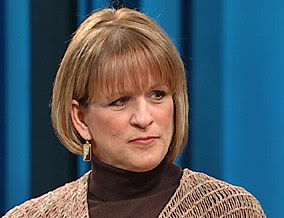 It is still more than four months before Pam Cope's book, Jantsen's Gift: A True Story of Grief, Rescue, and Grace, will be published, but the book is already climbing the Amazon.com charts, thanks to advance orders.

The book details how Mrs. Cope started a shelter for homeless children in Saigon, following the unexpected death of her son, Jantsen, in 1999. Since that time, she and her husband, former Neosho Daily News Publisher Randy Cope, have continued to add to "Touch a Life."

The following description of the book is provided on Amazon.com:

Nine years ago, Pam Cope owned a cozy hair salon in the tiny town of Neosho, Missouri, and her life revolved around her son's baseball games, her daughter's dance lessons, and family trips to places like Disney World. She had never been out of the country, nor had she any desire to travel far from home.

Then, on June 16th, 1999, her life changed forever with the death of her 15-year-old son from an undiagnosed heart ailment.

Needing to get as far away as possible from everything that reminded her of her loss, she accepted a friend's invitation to travel to Vietnam, and, from the moment she stepped off the plane, everything she had been feeling since her son's death began to shift. By the time she returned home, she had a new mission: to use her pain to change the world, one small step at a time, one child at a time. Today, she is the mother of two children adopted from Vietnam. More than that, she and her husband have created a foundation called "Touch A Life," dedicated to helping desperate children in countries as far-flung as Vietnam, Cambodia and Ghana.

Pam Cope's story is on one level a moving, personal account of loss and recovery, but on a deeper level, it offers inspiration to anyone who has ever suffered great personal tragedy or those of us who dream about making a difference in the world.

The book is co-authored by Aimee Molloy, who has also written a book with Senator John Kerry and Kerry's wife, Teresa Heinz Kerry.

The book may be pre-ordered by clicking on the link in the upper right hand corner of this page.
Posted by Randy at 12:12 AM

I have a lot of respect for the Cope family. I'm looking forward to reading this book.