Jasper County GOP chairman on KZRG; This Akin thing will pass over 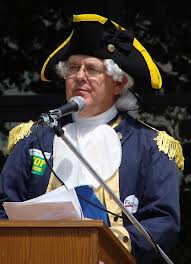 Putnam, of course, is probably of the belief that Akin's science is the same science that was used when the founding fathers were alive:

Not directly, I’ve been in touch uh with his family uh and uh, uh have known all along that he wasn’t gonna pull out and uh every assurance that uh there is uh you know there are there are precedents for people that they can if they can get through the initial firestorm and folks get out of the uh hysteria, uh, uh mode and things settle down a little bit even a, and I’m not comparing the situations but there was a Congressman David Vitter who, was uh who was in the Senate race in Louisiana and the news came out that he either was in or had been in an adulterous situation uh this affected his campaign and uh he made his apology and uh the you know they kinda went dark on the news for awhile and when they came back the uh, I don’t know something else kinda took over the news but uh this is nowhere near that level of uh of uh embarrassment or uh difficult situation in the, in the, in terms of a gaffe, and uh I think that’s uh maybe, maybe a good example of, of basing the uh the forecast that this too will pass and uh we can get we can get behind Congressman Akin.


Former Joplin Globe blogger Geoff Caldwell has the transcript of the interview posted at this link.
Posted by Randy at 8:20 AM

Oh boy: Sen David Vitter raised eyebrows on Thursday when his official Twitter account sent a late-night message to a female 20-year-old college student in his home state of Louisiana and then quickly deleted the message.