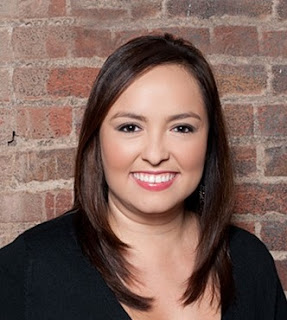 Former KSN reporter Iris Hermosillo, a meteorologist at KCTV in Kansas City for the past three years is headed for Phoenix, though published reports do not indicate which station she will be joining:


Prior to joining KCTV5, she worked at KSNF-TV in Joplin, MO,  as weekend meteorologist and general assignment reporter.Some of her most memorable broadcasting experiences include assisting the Chief Meteorologist at KSNF through wall-to-wall coverage of a severe weather outbreak which spawned an F4 tornado. Also, while on assignment, she was tasered by a local sheriff’s department for a story.She studied Broadcast Journalism and Spanish at Arizona State University and received a certificate in Broadcast Meteorology from Mississippi State University.Hermosillo was born in a small town in Mexico, but was raised in Phoenix.