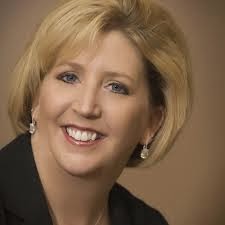 At least that's the claim made by former Royal Heights Principal Larry Masters in a lawsuit filed Thursday in Jasper County Circuit Court.

Masters is one of many Joplin R-8 principals who have lost their jobs since the C. J. Huff-Angie Besendorfer regime took over the Joplin Schools. While the two top officials have stayed the same (until Ms. Besendorfer's resignation to become Western Governors University chancellor takes effect at the end of this month) and six of the seven Board of Education members have remained the same since C. J. Huff became superintendent in 2008 and allowed Ms. Besendorfer to handle the principals and teachers, only three principals remain and as noted earlier on the Turner Report, hundreds of teachers have either left or been shown the door, including more than 200 in the past two years.

According to the lawsuit, Masters, who had been Royal Heights principal since 2004, had already been offered a contract for the 2010-2011 school year when Ms. Besendorfer stepped in.

"Defendant intentionally interfered in Plaintiff's expectancy by making false representations about Plaintiff to the Joplin Schools Board of Education. Said representations included, but were not limited to, accusations that Plaintiff had violated the regulations governing administration of the MAP test."

Because of those "misrepresentations," the petition says, "The Board of Education voted on or about April 15, 2010, to rescind its motion to offer the contract of employment to the plaintiff."

The lawsuit lists no defendant other than Ms. Besendorfer. "There was no justification for (her) actions," the petition says.

"As a result of Defendant's actions, Plaintiff has suffered damages, including lost wages, mental and emotional distress."

Besendorfer's actions are referred to as "willful, wanton, and made with the knowledge that they would cause damage to Plaintiff>"

Masters' attorney, Raymond Lampert of Springfield, is asking that Masters receive "lost wages, mental and emotional damage, punitive damages, the costs of this action, and to grant such other and further relief as the Court deems just and proper."

The book that caused Angie Besendorfer to flip her lid- No Child Left Alive, available in paperback and e-book versions. The book tells the tale of teachers caught between clueless administrators and out-of-control students. If the shooter doesn't get them, the system will.
http://www.amazon.com/Child-Left-Alive-Randy-Turner/dp/1490388036/ref=sr_1_2?ie=UTF8&qid=1389665276&sr=8-2&keywords=No+Child+Left+Alive
Posted by Randy at 10:26 AM

Mr. Masters was a beloved Principal. I had two children in the school the year he left the building. Currently we are on the 3rd, maybe 4th pricipal since he was removed. None of them compare. Mr. Masters was good to the kids and parents alike. I never believed he changed or assited any teacher in changing or manuplating MAP scores. I hope he sees justice.

It would be interesting to know how many people were fired in the last seven years as opposed to the seven years before it, and then to compare the performance of the schools they were fired from before and after. Are the dismissals deserved or part of someone's agenda to put in their own subservient people?

She can try to run but her past will catch up to her. It's about time she got called for what she's done to folks.

I hope he wins big. And everyone else who was run off by these people should follow suit. Lying is the norm for them and hurting people doesn't bother them one little bit. The board won't control them so let the courts do it. Good deal.

Huff and Besendorfer firing anyone for "cheating" is ridiculous. What hypocrites.

Larry Masters always had the best interest of the children at the top of his list. Debbie Fort (ugh!) got rid of him from Irving and when he moved to Royal Heights he encountered a lot of adversity for no apparent reason. People, please don't believe everything you hear from the Joplin Globe or the Joplin School district leaders.

Don't believe ANYTHING you hear from Joplin Schools district leaders. Lying is what got your district in this mess and that mess is why a lot of us left. They can't talk without lying.

Is Besendorfer the teacher that was asked to leave Stone County Schools a few years back?

Is Besendorfer the teacher that was asked to leave Stone County Schools a few years back?

I wonder what the Board will think. I doubt they'll say or do anything about it but stamp CJ's new contract with a 7-0 vote. Probably give him a big old raise.

She was superintendent of Reeds Springs where she was also accused of bullying staff and falsely firing teachers. She's made everyone miserable everywhere she's been. Pathetic that the governor gave her a big promotion at tax payer expense. She would take pride in staff fearing her. She takes her pleasure from other peoples pain and money both.

Debbie Fort is a wonderful candidate and woman. Not sure what the person aboves beef is with her.

3:04 Sounds like a plant to slam both Masters and Debbie Fort. Feeling the heat much, 3:04?

It is disgusting, embarrassing and heartbreaking what has happened to the great leaders/staff throughout the district since AB's arrival, despite concern and controversy which fell on deaf ears then and now! People either don't get it or have been rewarded by her for loyalty...not talent or knowledge. The rest of us must sadly continue to remain anonymous.

I think it's time this town had a turn over of city government and school board members. CJ Huff needs to probably move on. The schools are the worse I have ever seen them. We have nice buildings now but the teaching that goes on in them is pathetic. My son graduated in the second year of the Northpark Mall high school. He said he learned nothing in the two years he was there. I'm really sad to see how a district that used to have great schools with great teachers has went down the tube.

Will the taxpayers of R-8 be paying the bill for Besendorfer's legal defense?

Debbie Fort has been nothing but amazing. I will tell you as a former employee of Masters, he is a joke! There was quite a bit of scandalous activity going on at Royal Heights. I was a young teacher that didn't know any better. During grade level meetings I voiced my concern that we (at Royal Heights) were not doing the same things that were being done throughout the district. I was told I could not share our work with any other schools. When I did share I was put on a improvement plan. I was never observed and I was told before January that I needed to resign or be fired. The claimed "observation" forms that were presented to me were falsified and I even wrote on them my disagreement. That however didn't matter. Masters did not like his "high test scores" being recognized as it brought too much attention to our school. Debbie Dunseith and Kristi Stuck were his cronies that helped him do all of his dirty work. Funny they were removed from Royal Heights the same year he was! Parents that say he was great with the kids are right. However, he wanted very little parent involvement or district recognition due to the fact that he was shady and didn't want to get caught. I believe 100% he falsified scores.

Same thing happened to another teacher in my building. They were told they were renewed after a great evaluation. Soon after they stood up to another teacher who had bullied them all year, whom was reported to the principal on more then 1 occasion. Then all of a sudden, after making the teacher wait a week worrying why they were the only party being punished and if they had a job or not, how they were going to support their family, AB makes the call while in India that they would be non-renewed. Guaranteed shied not have a clue who that person was, what the situation was, not to talk face to face with that person, she just made a career and life changing call on that teacher. They also reported this to a board member that they trusted and nothing was done.

Maybe you all should take note at what happen to mckinley beginning of school yr not only was principal moved on but so was most of teachers there. Odd deal. My oldest also went to joplin high at mall and I heard it from a teachers mouth that they were told in a meeting with the principals cj huff said to graduate all the seniors because they were in tornado and were inconvienced. My daughter was flunking a few classes n never should have walked but Thursday before graduation her f's were made to be c's.

Maybe LM will get his just reward. Keep in mind Huff approved all of the
dismissals. There is only one that
needs to go and that is Huff. Let's keep in mind how poor student achievement is in Joplin, how poor morale is and how much money is being
wasted at his hands. Get him and the
board out.

DF is a bully who never let up on anyone she was determined to get rid of.. ..never got it as she is not that smart!...just a loud mouth arrogant gossipy bully... I do not miss joplin one bit ...dont know what is going with Larry Masters , dont even kniw him , but don't give a crap as no one came to my aide....Joplin is a fricking messed halfwits!!!!...and, if you yell at me...who cares ...

I'm glad Besendorfer is gone but afraid the rest of them (Huff, the board) are going to make her the scapegoat, thus Huff's conveniently finding her a new job. The chaos that is currently Besendorfer's public and personal life is called reaping what you sow.

Many in administration are cut from similar cloth, do not forget. Anything to look better, too much effort to do better.

What people need to realize is that AB was and is so power hungry and wanted to show her dominance that she placed people in positions within the R8 that they have no business doing. For instance the fact that a principal at McKinley that was never even there most of the time and hid,never reported or shredded reports of bullying, teachers being hit and students running rampant and misbehaving. Her replacement was who has no teaching experience, better yet has never even worked in a school was placed in charge of the education of these children. She is rumored to be very chummy with AB. The behaviors at this school are so bad but no one would ever know it because she does not allowed them to be reported. Her way is to give them treats or toys when they misbehave. So, in turn this has created an atmosphere where normally good kids see kids whom do wrong things get rewarded so they wanted to be rewarded so they act up. Teachers,staff and students are subject to these acts because she has no clue how to run a school.