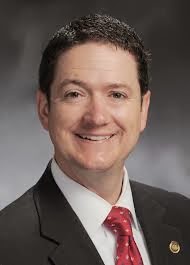 In a portion of his latest newsletter, Speaker of the House Tim Jones, R-Eureka, has a few more comments about Gov. Jay Nixon's State of the State Address.


Like so many parts of our lives the weather is always changing. I hope you have taken the time to notice a few of the amazing sunsets we have enjoyed this past week. However, the bitter cold has returned both inside and outside the building.  It was particularly frigid inside the Capitol last week as Gov. Nixon received a chilling response from the legislature as he presented his State of the State address.
There is a stark difference from the reality of the weather outside and the winter wonderland of the governor’s forecasted budget. Nixon played Santa in January. Sadly, the governor’s proposed budget does not meet the realities of Missouri’s current revenue estimates. These estimates are not Republican numbers, rather numbers that are evaluated by The University of Missouri. Nixon’s budget holds no plan for real job growth, no plan to help the transfer situation for students in failing schools or even a plan for the other failing schools in Missouri.
My colleagues and I take the budget issues confronting this great State very seriously. In contrast, Nixon’s budget has a request for over $324, 641 for a Washington D.C. office and three staffers for the office of Administration. I ask you, where are his priorities?
Posted by Randy at 5:29 PM

Email ThisBlogThis!Share to TwitterShare to FacebookShare to Pinterest
Labels: budget, Jay Nixon, Speaker of the House, State of the State, Tim Jones