Cynthia Davis: Keep an eye on those Muslims! 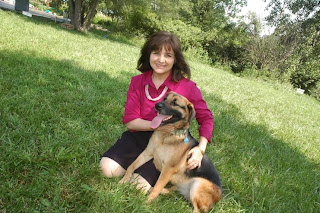 Last week, Oklahoma voters passed an amendment that prevents judges from relying on Sharia Law or international laws when deciding court cases. This was important because there are places where Sharia Law conflicts with our laws and standards of decency. For example, under Sharia law, it is acceptable to punish people by amputating limbs, beating your wife and stoning people to death. Our country already has laws that deal with crimes and domestic abuse. If our local or national legal system starts relying on what courts say in countries with opposing ethical standards, it will create confusion and allow some of our citizens to be treated differently than the rest of us.


Oklahoma adopted this as a preemptive measure because, for example, what happens in other countries is indicative of what could happen in America, if we don’t define our courts’ legal standards. In Great Britain, having two sets of laws has not served their citizens well. I have seen videos of children being maimed and having their heads cut with the permission of the government. It should make us all sick to think about the lack of civility that could be allowed in our country after years of crafting reasonable laws on how we handle problems such as stealing and adultery.

Curiously, the law is designed to limit the judicial branch, requiring them to listen to the citizens. The judicial branch of government is now blocking the certification of the measure. It passed by 70% of the vote. Why don’t judges understand they cannot declare something as unconstitutional when the people voted to put it into the constitution? The very act of passing the measure makes it constitutional.

The Muslims are fighting back because Sharia law is based upon the legal system promoted by the Koran. The first problem with basing a court case on another country’s primitive legal system is that it devalues women and children. The second problem is that Islamic extremist leaders are using this as a political movement rather than a religion. This type of political system teaches religious intolerance and world conquest through violence. Although we allow a variety of political philosophies in our country, we still have only one set of laws that can be modified only through one standard process. Even the Klu (sic) Klux Klan cannot change our laws nor have judges give special treatment to their ideology.

In America, our laws are opposite from Sharia Laws regarding many foundational points because we believe in:

1.) Equality for both men and women.

These are values we should never trade away.

It will not be soon enough.

Who that supports our constitution and laws can accept Sharia Law as our law. I don't challenge countries that accept Sharia Law as the Law of their land. I also wouldn't expect our Laws to be accepted in countries that have different Laws. People of different countries should always be aware of the laws in countries they might be in, but never expect that the laws of the countries they come from, follow them wherever they go. If you question the validity of this, ask the imprisoned US citizens in foreirn countries for violating the laws of the countries they are imprisoned in. When you go to anothers house, you abide by their house rules. If you don't like their house rules, don't go, but don't expect them to change their values to fit you.

Clearly this law must have answered some already existing danger, or an impending one. Can someone link me to where those things are demonstrated?

Only in Davis's mind! And we already know what a scary place that is!

This gal is so pathetic that the pathetic people says she is pathetic.

She is completely nuts.

Someone tell me what judge decided ANYTHING based on Sharia Law? Where? I hear this crap on talk radio on the occasions when I listen.

They're creating a problem that doesn't exist.

Why is it we invade countries and impose our "democracy" on others by force but fear immediate danger if someone brings their ways to our country peacefully?