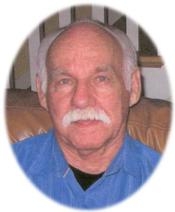 (The following obituary is taken from the Parker Mortuary website.)

Richard Allen Elmore went to be with his Heavenly Father May 22, 2011. He was a resident of Greenbrier Health Center, and was killed in the tornado.

Richard loved to go to his Church in Saginaw. He was a member of Saginaw Baptist Church.

Graveside services will be held 11:00 a.m. Wednesday at Carl Junction Cemetery. Contributions are suggested to Saginaw Baptist Church in his memory.
Posted by Randy at 2:21 PM