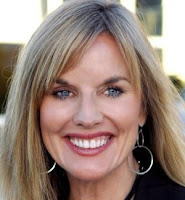 It doesn’t matter what the issue is; the politicians in Washington, D.C. continue to bicker and fight rather than pass legislation that will help American families and small businesses.

They have shown NO leadership on REAL spending cuts to rein in our huge deficits. They have not made the tough budget decisions that can get our economy back on track.

They let partisan politics get in the way of extending the payroll tax cuts -- and were willing to risk 160 million Americans waking up January 1st with a tax increase.

And, the politicians in Washington, D.C. wasted months trying to agree on a spending plan – AFTER creating a “Super Committee” that failed.

As I have traveled across Missouri over the last several months talking to people about the problems facing our country, frustration with the way business is run in Washington has been a constant theme.

Our nation faces many challenges and we need leaders who understand our values and concerns. But from the passage of ObamaCare, to the big spending programs that are busting our budget and adding to the spiraling national debt, it’s obvious that President Obama and his key Senate ally, Claire McCaskill, are completely disconnected from us.

They don’t have to deal with the same problems we do – and they don’t share our values.

That’s why I am running for U.S. Senate. It’s time we send Barack Obama back to Illinois – and get Claire McCaskill out of Washington, D.C.!

Claire McCaskill pretends to be a moderate in Missouri, but in Washington D.C. she has voted like a liberal. In fact, despite McCaskill’s claim to be independent, she voted with Barack Obama 97% of the time in 2010 according to Congressional Quarterly – including voting for ObamaCare and the massive Obama-Democrat accumulation of debt.

That’s why I made a pact with you called "Sarah’s Commitment" -- a list of eleven priorities I believe are essential to representing the people of Missouri. My pledge includes putting country before politics, subjecting myself to the same laws and privileges as every citizen of the United States, cutting Congressional salaries, budgets and pensions -- and term limiting myself to two terms.

I want to take those same conservative principles to Washington. I want to be your voice in the U.S. Senate.

The liberal special-interest groups and those who support the status quo in Washington, D.C. don’t want to see me in the U.S. Senate because they know I’ll stand up to their big government, Obama-style philosophy!

They know I’ll not go along and play along.

They know I’ll put you first.

I'll be your voice in the Senate. I'll do what's right for you -- not for politicians.

But I can only defeat Claire McCaskill and restore trust in government if I have your support. As 2011 comes to a close and we prepare for 2012, I need your help today. The fundraising push for the 2011 year-end report closes at midnight on December 31st -- and I need your help to end the reporting period on a high note.

So please help our campaign and give any amount you can as soon as possible.

We have over 4,500 grassroots donations from individuals who have generously given to the campaign, and I am grateful for that. But with this year-end reporting period, a donation of $10, $25, $50, $100 – or whatever you can give—will help us with our campaign and give us the momentum going into 2012.

With your help, we can bring fiscal responsibility and a strong Conservative to the U.S. Senate. Please make a donation today.
Posted by Randy at 1:08 PM

She would be just like Billy and get with the lobbyist as soon as she got there. They are all liars. The only value she has is lining her pockets just like the rest of them. If she will run on getting rid of the perks I might think about voting for her but fat chance of that.

In a pig's eye Claire McCaskill and President Obama don't "share our values." Ms. Steelman, don't speak for me. I know you don't speak for a lot of us out here. If you think you do, then see to it there are campaign contribution limits so corporations and the wealthy can't buy our representatives and so, then, our legislation and ultimately, our government. Do that and then come talk to me.