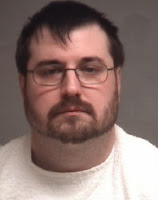 When the revelation was first made in a sentencing memorandum filed by the U. S. Attorney's office that former tech employee Ronny Justin Myers, 35, had pornographic photos of Joplin students on his laptop, some doubt may have remained about how Myers happened upon those photos.

One of Myers' duties was the supervision of the laptops given to all Joplin High School students...and that was how he got the photos, according to a news release issued today by the U. S. Attorney for the Western District of Missouri following the sentencing of Myers to 20 years in prison without parole.

He stated that he had approximately 10 child pornography images of Joplin school district students, four of whom have been identified and range in age from 15 to 16 years old. Myers discovered those images when he accessed the students’ laptop computers.

The school district has not issued any statements about Myers since Superintendent C. J. Huff said in February that Myers worked in the administration building and did not have access to students.

The complete news release from the U. S. Attorney's office is printed below:

Ronny Justin Myers, 35, of Joplin, was sentenced by U.S. District Judge Beth Phillips to 20 years in federal prison without parole. The court granted the government’s motion for an upward variance and sentenced Myers to a longer prison term than was recommended under the federal sentencing guidelines (151 to 188 months). Following his prison term, Myers will be on supervised release for the rest of his life. The court also ordered Myers to pay $5,000 in restitution to a 14-year-old victim (identified in court documents as “C.A.”).

On May 13, 2013, Myers pleaded guilty to transferring obscene material to a minor and to enticing a minor for criminal sexual activity. At the time of his arrest, Myers had been employed as an assistant network systems administrator for the Joplin school district since December 2005.

According to court documents, Myers contacted C.A. via Facebook in November 2012. This contact prompted C.A. to disclose to a school counselor that she had been repeatedly sexually molested by Myers when she was between the ages of 8 and 12. A law enforcement officer assumed C.A.’s identity and began communicating with Myers. These Internet exchanges became very graphic and Myers sent obscene images to C.A.

On Feb. 15, 2013, Myers attempted to entice C.A. to meet him in order to engage in sexual activity during his lunch hour from work. Myers drove to the Joplin mall to pick up C.A. but was met by law enforcement officers who were waiting for him. Myers avoided capture and led police on a high speed car chase through the city of Joplin before being arrested.

During an interview with law enforcement officers, Myers admitted that he had sexually molested three young girls (ages 6, 9 and 11). He also admitted that he secretly recorded a 17-year-old engaging in sexual activity.

Myers also told law enforcement officers that he secretly stored child pornography on his computer. He stated that he had approximately 10 child pornography images of Joplin school district students, four of whom have been identified and range in age from 15 to 16 years old. Myers discovered those images when he accessed the students’ laptop computers.

This case was prosecuted by Assistant U.S. Attorney Abram McGull, II. It was investigated by Southwest Missouri Cyber Crimes Task Force, the Baxter, Kan., Police Department and the FBI.
Posted by Randy at 4:11 PM

So the Joplin students were taking pictures, the pictures were at some point put on at least one laptop, and then the Joplin R-8 employee found them. Instead of following administrative and R-8 Board policies concerning the proper and improper use of this R-8 property decided to use these images for his own purposes?

How difficult is it to use an I-Pad to take inappropriate pictures and video?