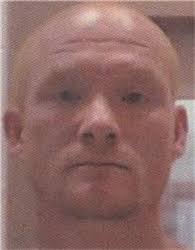 A Joplin sex offender will not return to prison for violating the terms of his probation.

U. S. District Court Judge Roseann A. Ketchmark order Urban Danley, 34, to enter a residential re-entry center until it is determined by the center director "after consultation with a parole officer" that he can be released.

The stay at the residential center is not to exceed 120 days, according to the order.

Danley was less than four months into a five-year probationary period when the government filed its motion to revoke the probation..

Court records show Danley is a Tier 3 offender who is required to register four times a year for the rest of his life.

The original conviction occurred in Ottawa County, Oklahoma, where he was convicted in 2003 at age 20, of lewd molestation of a 6-year-old victim.

Danley's record was spelled out in a detention motion filed November 4, 2015, in U. S. District Court for the Western District of Missouri:

DANLEY last registered on July 29, 2015, in Cherokee County, Kansas. DANLEY registered his address as 11173 Southeast 10th Street, Baxter Springs, Kansas. DANLEY signed the registration paperwork stating he understood his sex offender registration requirements. DANLEY also initialed on line 17 that he understood failing to register after traveling across a State line is a violation of federal law and that he could be sentenced up to ten years in prison.

On September 14, 2015, DANLEY was arrested for assault by the Joplin Police Department in the area of 531 Kentucky Avenue, Joplin, Missouri.

On September 22, 2015, DANLEY was contacted by the Joplin Police Department at Ewert Park located at 900 East 5th Street, Joplin, Missouri. DANLEY told the interviewing officer that he was currently homeless.

On October 5, 2015, DANLEY was arrested by the Joplin Police Department for obstruction and failing to register as a sex offender. DANLEY told the arresting officer that he was homeless.

On the same date DANLEY was interviewed by Detective Charles Root with the Joplin Police Department. DANLEY told Detective Root that he was staying at his registered address of 11173 Southeast 10th Street, Baxter Springs, Kansas. DANLEY further stated that he stays at this address with his girlfriend, Susan Wise. DANLEY stated that he was in Joplin to visit his sister, Jackie Danley.

Upon further questioning, DANLEY admitted that he stays in Joplin three to four days a week. On October 6, 2015, Southwest Missouri Cybercrimes Task Force Officer (TFO) Brian Martin interviewed Susan Wise at the Joplin Police Department. Wise told TFO Martin that she has been with DANLEY for approximately one month. Wise further stated that the entire time they have been together they have resided in Joplin, Missouri and at no time have they been in Kansas.

DUSM Cable also contacted Stacey Hinson with the Missouri State Highway Patrol. Hinson is the sex offender registrar for Missouri. Hinson stated the last registration information they had for DANLEY showed he moved to Kansas on December 20, 2005.

On October 15, 2015, DUSM Cable and Detective Root interviewed DANLEY. DANLEY admitted the fact that he was a convicted sex offender and required to register for life. DANLEY also admitted that he has been living in Joplin, Missouri since approximately June of 2015. DANLEY admitted that he signed his registration requirements that he understood his requirement to register if he moved to another state. DANLEY further stated that he did not know he was required to register if he was homeless.
A sentencing memorandum filed January 26 by the U. S. Attorney said that Danley claimed he suffered from post-traumatic stress syndrome, schizophrenia and bi-polar depression and he has been unemployed since 2000, though he did receive a monthly disability payment from the government.

Danley's problems could have been taken care of by medication, but Danley did not take it, according to the sentencing memorandum, which said he preferred to self-medicate.

His self-medication of choice, according to the memorandum, was meth, which he said he used daily.
Posted by Randy at 9:10 PM