Billy Long spokeswoman: You will have to ask someone else if he was in Las Vegas October 1 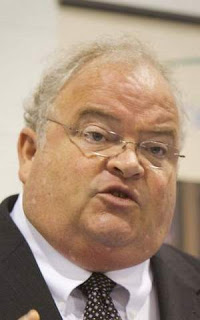 I was hasty Tuesday when I published a post questioning whether Seventh District Congressman Billy Long was in Las Vegas on October 1, the day of the mass murder of people attending a Jason Aldean concert.

As I noted, I contacted Long's Washington office and was told I would have to talk to his press secretary who was at lunch.

I e-mailed my question and did not receive any answer yesterday.

I should have waited.

This is the entirety of Press Secretary Hannah Smith's response:

This is a campaign related question, so you will need to speak with Congressman Long’s campaign team.

I don't think so.

If Billy Long's press secretary can't answer a simple question about whether or not the congressman was in Las Vegas on the day of the shooting, I would say that speaks volumes. I await with interest the January campaign finance report when we will see if Billy Long was in Las Vegas that day, or someone from Billy Long's campaign who had to go to Vegas for important campaign business.

Has anyone ever noticed how few campaign contributions Long receives during these Vegas junkets?
Posted by Randy at 8:21 AM

The Turner Report reports that someone was billing Billy Long's campaign fund big dollars in Vegas.

I noted that Long's quarterly financial report filed Monday with the Federal Election Commission showed that he had been in Las Vegas with an expenditure of $5,496.12 to the Wynn Vegas Hotel for lodging. on September 29, "so was he still in Las Vegas on October 1?

Her answer took me surprise. The congressman had not gone to Vegas, someone else had gone.

I wanted to ask a follow-up question or two. Is Billy Long in the habit of spending $5,496.12 in campaign money for someone else to take a trip to Las Vegas (for campaign purposes, of course), not to mention the $1,179.66 expenditure for a meal at Craftsteak in Las Vegas or $288.15 for another meal at Michael Mina's restaurant, which according to its advertising has the "best seafood in Vegas," but she did not give me a chance.

The menu at Craftsteak can be viewed here: https://www.craftsteaklasvegas.com/menu/

Today's menu shows some of the more expensive meals as:

Unless one person got busy with the wine list or single malts and cigars $1179.66 probably got at least two people in a "FULLY FED UP" way. But it certainly is possible that a single glutton could have run a nearly $1200.00 tab.

One thing for sure: Blubba's not wanting to come clean about this trip for some reason. Gluttony? Canoodling with well heeled donors? Something of the nature that people go to Vegas to do because they think it stays in Vegas unless there's pictures or video? The possibilities are intriguing.

Billy Long and his staff might might want to come clean about this, but there is probably a lot of grease from the skids all over him.

Hog boy in Vegas again? He better back off the buffets for awhile. Don't know how much more we can afford.

Basiclly all he is doing is washing campaign money for his own pockets.

Typical politician. They never give you a straight answer.
On another subject, he is way fat and needs to cut back on the chow.

Fed up past time for a change. He thinks with a R before his name he doesn’t have to answer to questions by his voters back home. Shame on Springfield.

Talk about your stressful situations...

Looks like that tie is providing some strategic blowout prevention for the collar button!

You're a moron. Why don't you contribute something intellectual to the conversation or better yet go stand in traffic for a while. Do the world a favor.

Why do people keep voting for this hog? He is going to Vegas to meet with lobbyists and when he isn't padding his pockets with their money, he is plowing through the buffets while treating the rest of the sounder of swine on our money. Boss Hog needs to be held accountable for this major waste of money. Maybe next election the fools that keep voting him in will change their minds.