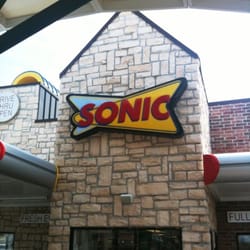 A mediation session for the sexual harassment lawsuit filed by a former carhop against Rangeline Sonic is scheduled to be held Monday, according to federal court records.

The lawsuit alleges Rangeline Sonic officials did nothing about a culture of sexual harassment and that inaction led to sexual assaults on two teenage girls, including the then 16-year-old carhop, by former supervisor Chris Alred.

Alred, 32, is scheduled to stand trial in April in Jasper County Circuit Court, on a felony statutory sodomy charge, for his alleged assault on the carhop.

Lawsuit defendants who will be represented in the mediation session are the Rangeline Drive-In (dba Sonic), franchise owner D. I. Rogers Corporation and supervisors Frances Bentz and Chris Cote.

Not included are Alred and manager Portland Keough.

Action in the lawsuit is being stayed until after the mediation session. If no agreement can be reached, the suit will continue.


Thirty minutes ago, I was attacked
Posted by Randy at 8:49 AM