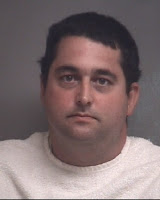 The jury trial for a Joplin man charged with seven counts of statutory sodomy is scheduled to begin Tuesday, January 21, in Jasper County Circuit Court with Judge Dean Dankelson presiding.

The trial is scheduled to last four days.

Matthew Galati, 30, allegedly used his connection with the New Beginning Church in Miami, Oklahoma to gain access to underage boys then molested them, according to the probable cause statement.

On two occasions at Galati's home, the statement said, he touched an underage boy's sex organ. On a second occasion, the boy stayed overnight with Galati, who touched the child's sex organ while the two were watching a movie.

During that same time period, according to the statement, the boy and two other underage boys were sexually touched by Galati at his home, with the four of them naked in Galati's bed. At least two of the boys were in Galati's church group.

Galati is also charged with felony first degree sodomy in Newton County, where he allegedly took an 11-year-old boy into a Jacuzzi and sexually assaulted him in a room at the LaQuinta Hotel, 3320 S. Range Line on September 16, 2017.

The probable cause statement in the Newton County case said Galati and the boy were naked in the bed when Galati performed a sexual act on the boy with his hand. Hotel staff confirmed Galati checked into the hotel on September 16 and checked out September 17.

A pre-trial conference is scheduled for February 19 in Newton County Circuit Court.
Posted by Randy at 5:05 PM

Anyone notice the article above is about a lawmaker wanting his version of morality and decency, which is derived from his religion, to have control over our taxpayer funded public library's contents. And this article is about a man who used his position as a religious leader to, allegedly, molest underage boys.

I think this guy and his attorney need to be thinking about getting one of those psych evaluations from a certain fed up auctioneer. Find some way to blame Obama or the lamestream media or some sort of injection he got in the past. Fed up auctioneers and blaming Obama are mighty popular these days with some of the low hanging fruit that make up the SWMO voting rolls and probably the jury pool.

Kind of like a test run for when he asks President JaVanka for a pardon in a few years.