Former Lamar superintendent one of two COVID-19 deaths in Kansas 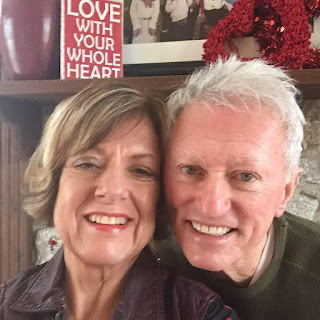 The Johnson County, Kansas Department of Health and Environment confirmed that a man in his 70s had died.

"This is a tragic loss of life and we share our heartfelt condolences with the family," a doctor with the department of health said. "While the vast majority of cases of COVID-19 are believed to be mild, the virus can cause a very serious infection that can lead to death, especially in people over age 60 and those with underlying medical conditions.”

Though Mr. Wilson, who also had served as superintendent of the Labette County School District, was not identified in a KCTV report, his wife, Joanna Wilson confirmed his death in a Facebook post two hours ago:

The fight is over.

I am absolutely heartbroken!

It has been an indescribably horrible week of immeasurable suffering on the part of the love of my life and then certainly on the part of our three children and our 6 grandchildren who could only watch helplessly from a distance.

And while I was upstairs signing off the paperwork my 3 children had gathered in the parking lot, parking their vehicles in a circle like a wagon train and standing outside of their vehicles with their masks on and chatting with each other and waiting for their mom to come out. Then I walked out, accompanied by Dennis’ doctor along with the director of the ICU, to the parking lot so they could meet our family.

Then, for close to an hour longer, the kids and I stayed talking in the cold air as we discussed what to do next.

Luke broke out of the circle for a few minutes and went to McDonald’s and came back to the circle with a bag full of double quarter pounders with cheese, not for any of us, but for me to take home to Simon, Dennis’ dog, because he always treated Simon to a cheeseburger now and then.

Then, unawares to us, we were surrounded by security In bulletproof vests, who asked about our business there. We hadn’t even noticed!

We must have looked suspicious on their security cameras, cars in a circle, people standing around in masks looking like they were devising a scheme.

Derek explained and they went away when they realized that was our only way to be together.

Then when we had stood out there long enough to be chilled to the bone we gave each other virtual hugs and they went their way and I came home, alone, with only a bag of hamburgers to give to the dog.

It’s final, and I walked into my home now knowing for sure he would never walk through the door again.

And now I start another complete quarantine, and think what kind of funeral I can plan from home, knowing it might not take place for quite awhile and might be a lot less than I think he deserves. More travesty!

And then, I have the task of completely ridding our home and belongings of Covid-19, something I’m not quite sure I know how to do or have the energy for. I cannot go anywhere or have visitors in so I’m now finding myself in the grips of great sorrow and grief completely alone. Where do I begin?

And I’m still reeling from how this all played out this morning. I woke up at 8:30 am. I got up and called the hospital and asked for an update. She told me that earlier this morning his oxygen level had dropped and his heart had increased and that they had given him several meds to treat but had had little effect but that he was resting now.

I should preface this with the fact that his condition had been worsening daily and that yesterday he had an event where his oxygen had dropped significantly with a change in his vital signs and his kidneys were failing.

But then he stabilized at this lower level of reserve and I went home late last night.

Anyway, she said that the doctor wanted to talk to us and asked if I could get the kids to come to the parking lot and he’d come out. I told her I was just getting up and would need time to get ready and get there.


So as I was getting ready, my cell phone was on speaker and I was making one call after another. Then when I was about ready to leave she called again and told me he passed and it was quick and sudden.

I felt that if I’d have been notified earlier when his oxygen level dropped I would have been there and able to hold his hand as he left this world.

Once again, I felt the very profession I gave my life to had just let me down again and deprived me of perhaps the most important right I had and that was to hold my husband’s hand as he slipped from this world.

Now, don’t get me wrong, this is a top-notch crew who I have 100% confidence in who are very patient and person oriented and if, heaven forbid, I should come down with it, I would choose to have those dear people take care of me, Luke, Derek, and Gina’s mother.

Tremendous sadness. This could all be less severe if our government had served us instead of them selves.

Stop now is not the time to politicize this! Shame on you