MSSU Presidential Search Committee failed to do its job 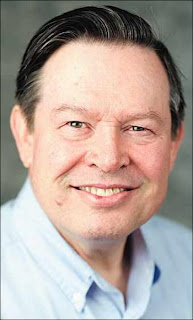 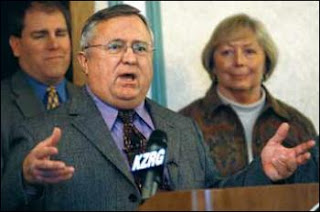 Faculty members at Austin Peay University would have been happy to have given the Missouri Southern State University Presidential Search Committee the lowdown on the havoc created by Dr. Bruce Speck on their campus...but no one ever asked.

During the past few weeks, I have corresponded via e-mail and had telephone conversations with current and former Austin Peay faculty members and students and none of them knew of anyone who had talked to anyone at Missouri Southern about Bruce Speck.

Had they talked to any of the sizable anti-Speck contingent at Austin Peay, the committee, which was led by MSSU Board of Governors member Dwight Douglas, would have discovered the following things:

-Speck was considered an enforcer for the university's former president, Dr. Sherry Hoppe, who created the same kind of friction on campus during her tenure as Speck has created at Missouri Southern.

-Hoppe and Speck created havoc for the international studies program at the university, forcing it to go through an audit. Speck has taken the same kind of approach to what had been Missouri Southern's crown jewel, its international mission.

-After Speck was named provost at Austin Peay, he made friends at the first meeting with faculty afterwards by insisting that they did not work enough hours and they were prone to inappropriate relations with students. Both allegations appeared to have come out of left field.

-Speck and Ms. Hoppe were sued by African American faculty members who charged them with discrimination. One of the members said, as I have noted on The Turner Report, that Speck called her "uppity." Though the faculty members who talked to The Turner Report said those who sued did not have a strong case (and their lawsuits were tossed out both at the district and appellate levels), the situations would never have occurred if Speck and Hoppe had used some tact when dealing with people.

-Faced with the lawsuits and charges of racial discrimination, Hoppe made a deal to have a respected faculty member and historian write a biography of Memphis civil rights pioneer Maxine Smith. When the professor, Dwonna Goldstone, was not willing to sacrifice academic integrity or scholarly standards to push the book through in a few months for the political pick-me-up Hoppe and Speck needed, they pushed Dr. Goldstone into removing herself from the project, and wrote it themselves, a book that was derided as more a "popular history" book than an academic history.

The search for a replacement for Dr. Julio Leon, who was forced out by the Board of Governors after a quarter of a century, began in controversy as the board discussed in closed session the hiring of a search firm, a clear violation of the Sunshine Law.

Forty-one applicants sought the position, but only two were deemed worthy of an interview, and when the other candidate took the president's post at another university, the Board ended up interviewing only one candidate, Speck, whom Douglas then shepherded through a public session in which questions and answers had to be written and pre-screened, which prevented anyone from seeing how well Speck reacted under pressure.

In upcoming posts, I will examine in detail each of the items I have mentioned.

Very interesting reading the article in the Saturday Globe by Greg Grisolano. This seems to be the first article that actually sounds critical of Speck. What a welcome change! Perhaps Melissa Dunson's departure to Tamko will help focus more attention on Speck.

Thanks for doing this investigation. If we had a newspaper that was worth anything, all this might have come out before they hired this loser.

Missouri Southern has been learning about Dr. Speck the hard way since last February.

Maybe the faculty will have the nerve to do what the board didn't.

The real loser is MSSU, thanks to the work of the "loser" Search Committee. In the picture Randy posts we can see behind (loser) Douglas Bill Huffman from the business school. Who is the woman, I don't know.

Randy, you should be the editor of the Globe!

Whenever Dwight Douglas was going to give a speech at MSSU, we had to erect an 8 inch platform to make him look taller. I should know, I used to work there.

I look forward to your detailed analysis, Randy. Please be sure to make clear why you think the Sunshine Law requires the school to disclose personnel matters like hiring a search committee. I thought that if they publicly disclosed they were looking to replace Leon, they would have been exposed to liability because hiring/firing matters (unless a board vote has occurred) are specifically exempt in the sunshine provisions. I also look forward to your opinion about why spending significant taxpayer resources on students from other countries is bettter than spending them on American students.
I also look forward to your analysis of the disgruntled faculty from his former school. It seems that whenever you have a faculty of 100, you will have at least 10 teachers who will be offended by their boss telling them that they could be doing a better job for students (especially if those teachers are members of a union). Should we consider the merit of a middle school teacher based only on the opinions of just a few students who did not think that teacher was effective, or based on the opinions of the majority of students?

Boards and councils have illegally used the personnel dodge to take anything and everything behind closed doors for years. When it comes to discussions of actual candidates for positions, discussions can legally take place behind closed doors. Hiring a search firm does not fall under any of the exceptions to the Sunshine Law.

As for the rest of your comment, it's laughable. If I didn't know better, I would think Dwight Douglas was the one writing the comment.

So Sorry for Southern said...

Speck was a finalist for many presidencies before Douglas anointed him. Speck lost out in everyone of them, including one where he was bypassed in favor of former Southern Academic VP, Richard McCallum. Maybe somebody can provide the list of schools.

It looks like the Search Committees at those universities DID THEIR JOBS quite well. Not Douglas and his hand-picked committee, though. At one point, Douglas even had his hand-picked Interim, Teri Agee, as a member of the committee! At least she was smart enough to resign...

Here are the six schools where Dr. Speck interviewed and left empty handed before coming to MSSU:

Dickinson State University (November 2007). Dr. Speck lost out to Dr. Richard McCallum, who was MSSU’s vice president at the time.

Radford University (June 2007). Dr. Speck applied to be provost, but again didn’t get the job.

I just want to thank you for helping to bring this information to light. With the Globe showing little interest in the affairs of MSSU and Southern Watch biting the dust, we need an information resource for the sad state of affairs at MSSU. Thank you. Please don't stop.

I was one of the Austin Peay faculty who spoke with Randy, and he has only touched the surface about how many of us at Austin Peay felt about Bruce Speck.

I hope you are able to rid yourselves of Speck before he ruins the fabric of your university, something he did for six years before President Hall took over.

My understanding is that 4 candidates were selected for interviews but two withdrew their candidacies. My guess is they probably found out what kind of board of governors and board chair they would have to work with...
Thus, only two losers were left. Yes, Wiley wasn't that great either (ask Southernwatch)

Randy you repeatedly tell everyone how organizations violated the sunshine law with their various meetings. If that is the case, and you feel so strongly about it, then why don't you file an ethics complaint with the state AG?

"During the past few weeks, I have corresponded via e-mail and had telephone conversations with current and former Austin Peay faculty members and students and none of them knew of anyone who had talked to anyone at Missouri Southern about Bruce Speck."

The big question here is WHY? Have you nothing better to do with your life? Do you go back and read half of the garbage you put on here? I don't know or care about Speck or MSSU. MSSU has never been much of a respected school anyway but Randy you truly have problems.

Anonymous 8:23, the BIG answer is BECAUSE no one else in this community (particularly the Joplin Globe) is reporting on this stuff. Believe it or not, there are a lot of people interested in MSSU and what is going on there, you twit. You're the one with the problem.

Anonymous 8:23, If you don't care about Speck or MSSU, why are you reading this? "Nothing better to do with your life?" Obviously, in providing information about someone who has an impact on thousands of local students and employees, Randy is providing a valuable service with HIS....

You poor souls at MSSU! We were almost as happy to get rid of Speck at Austin Peay as we were President Hoppe. It will take years to undo all the damage these two did to our university during their reign of terror.

Thankfully, we now have a wonderful President and Provost at Austin Peay that are working hard to get the university back on track.

I wish you luck in sending Speck on his way to a position in which he can no longer ruin good universities.

Hey Anon 3:41 ... Southern is not wasting tax payers money on foreign students ... in fact, it is Dr. Speck's policy to recruit MORE foreign students for the simple reason that Southern makes money off them. These students not only pay full tuition, but they have an out-of-state tuition surcharge as well.