A slap in the face for those who gave their lives 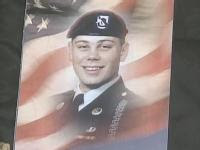 (The following is my column for this week's Newton County News.)

It was difficult enough for Army Spc. Edward Myers’ widow to deal with the death of her 21-year-old husband in Iraq. His death left her alone raising two infant children, knowing that the life she and her husband had planned was never going to be.
At the least, Mrs. Myers should have had the solace of a reverent, respectful funeral and the opportunity to say goodbye to her husband.
Instead those attending Spc. Myers’ funeral four years ago were greeted by a lunatic contingent from the Westboro Baptist Church.
The signs were bad enough. As Mrs. Myers arrived, she was greeted with larger-than-life messages saying “Thank God for IEDS” (the explosive devices used to kill American soldiers), “God Hates You,” “You’re Going to Hell,” and “Fag Troops” (a reference to the church’s belief that the deaths of American soldiers is God’s retribution for the country’s tolerant treatment of homosexuality). Perhaps the worst sign was the one that read “Pray for more dead soldiers.”
Just as bad as what was written on the signs were the vile words that flowed from the church members’ lips.
According to KMBC-TV, Kansas City, Shirley Phelps-Roper, the sister of the church’s pastor, Fred Phelps, said, “That’s the first piece of solid evidence you have that the young man is currently in hell.”
After the Myers funeral and other similar protests of military funerals, Missouri legislators passed a law, named for Spc. Myers, which would prevent this kind of protest, keeping the church members or anyone else who would consider protesting at funerals a certain distance away from the site, and also preventing them from protesting for one hour before and one hour after the services.
Since that time, church members, backed by the American Civil Liberties Union, have battled the laws, claiming their first amendment rights to freedom of speech and freedom of religion were being violated.
And lately, the Westboro Baptist Church and the ACLU have been winning every battle. On my blog, I recently wrote about a decision made by Laclede County officials to back down and agree not to do anything about any protests at funerals.
A federal court judge has issued a temporary injunction allowing the protests to continue, and this has emboldened the church members.
On Monday, Shirley Phelps-Roper and the ACLU filed lawsuits against two Missouri cities, Manchester and Pevely. In the petition, the ACLU attorney explained the church’s beliefs:
"Plaintiff is a resident of Topeka, Kansas. She is a member of WBC. WBC follows Primitive Baptist and Calvinist doctrines. Based on these doctrines, church members, including Plaintiff, believe that homosexuality is a sin and an abomination. They believe homosexuality is an abomination, integrally related to idolatry, and indicative of the final reprobation of an individual; it follows, according to their beliefs, that acceptance of homosexuality by society prompts divine judgment. They further believe that God is punishing America for the sin of homosexuality and other policies of sin by killing Americans, including soldiers. Because God is omnipotent to cause or prevent tragedy, they believe that when tragedy strikes it is indicative of God’s wrath.”

The petition also includes a notation that "(Ms. Phelps-Roper) and her church believe that the scriptures teach that an individual who dies on the battlefield for a nation that is at enmity with God cannot go to heaven and, despite the views of public figures and the public at large, is not a hero."
One of the hallmarks of our way of life has always been that we allow all kinds of speech in this country, even speech that we find vile and disgusting, and as much as I hate to see any law restricting such speech, there certainly must be consideration given to the memory of those who have given their lives for this country, as well as for their family and friends.
The Westboro Baptist Church must not be allowed to continue this perversion of the First Amendment. The church members have every right to espouse their views, no matter how repugnant most of us find them, but they should have no right to strut in front of the cameras with their message of hate at a time when the survivors need nothing but the care and love of the community.
Posted by Randy at 5:54 AM

Not surprising, coming from a first amendment ignorant censor such as yourself.

They're a bunch of psychoes. Its been quite a few years, but I can remember reading in the Capitol-Journal that someone, possibly in the state legislature offended him or said or did something that made him angry and he retaliated by calling repeatedly and tying up her phones so that people on state business could not get through. I'm not sure but it was probably in the mid 70s or possibly the early 80s.

As far as I'm concerned, this person is neither christian nor does he bear any resemblance to a decent human being.

Randy let you make your comment, anonymous #1. Sort of puts the lie to your statement...

I wish when stories were written about these people the facts were straight.
This is not a church, it is a family hiding behind the name.
He is not a minister in any denomination.
He has NEVER followed the teachings of Jesus.
He twists scripture, have you ever looked up the scriptures referenced on his signs?
He is a coward who can not debate his beliefs because he has only one belief and he never shuts up long enough to listen to anyone else.
He is an idiot, he hurts more than helps, not even near the example set by Jesus.
Why does anyone even give him space in the paper?
I lived in Topeka for several years and have seen him and his poor abused family many time. He was always at our church on Sunday and every public event in town. Those poor little kids looked so sad and depressed, they just want fiends and to have fun.
He should be stopped but it seems nobody can do that.

Years ago, there was a couple who traveled to college campuses telling students they were on their way to hell and were a bunch of fornicating homosexuals whose professors would lead them down the path to socialism, humanism and atheism. Some of you may remember Brother Jed and Sister Cindy ("she was a DISCO QUEEN!).
Anyway, that couple looks completely sane and tame compared to Fred Phelps and his merry family of nut jobs.
I've often wondered if newspapers quit interviewing them and if television stations quit taping them, if they would dry up and blow away. They seem to thrive on publicity and shock value.
Or perhaps, as has happened locally, other groups could come in and protest their presence, such as when a group of bikers attended a McDonald County soldier's funeral a few years ago, and the Phelps kooks, who'd promised to be there, who'd sworn to be there, were no-shows.
They remind of PETA in one aspect: It's a lot easier to throw paint on little old ladies wearing fur than it is to confront bikers for wearing leather. Phelps and his creepy family seem to bully people who are mourning the loss of a loved one and at their weakest moment in life, rather than mess with someone who has full mental and physical capacities and won't put up with their crap.
And if I hear Fred Phelps say once more than he wishes more American soldiers were killed, I'm gonna put my size 13 boot up his keister!

Good post! A lot of people I've spoken with have still never heard of this church and it's activities.
Besides the obvious negativity that this group spreads, the saddest thing is the kids that are involved in this church. They may never get to actually choose their own spiritual path. They've been totally brainwashed by this twisted 2 dimensional version of Christianity.

I wrote something up about the church as well and threw up a couple videos of them and a picture of a toddler holding a sign that says "you will eat you babies"
Ridiculous.......
http://doodiepants.com/2009/05/31/westborobaptistchurch/