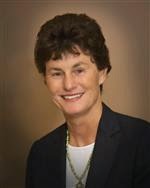 If there was any doubt that the Joplin R-8 School District has gone into bunker mentality, it has been erased.

KZRG is reporting that reporter Joe Lancello's interview with R-8 Board of Education member Debbie Fort after Tuesday night's board meeting was interrupted by the board attorney- because it is board policy that the only person who can speak for the board is Board President Annie Sharp.

Only it isn't board policy, at least no policy that has been written, voted on, and approved by the board.

"Typically, the board president is the designated spokesperson for the board. This has been the procedure for as long as I have worked for the district. The board president can also designate another board member to speak on his or her behalf. All of our board members are aware of this procedure (this is something the board agreed to - not a district procedure). I did not witness the incident so I can't speak to what happened. I certainly don't want Joe or any reporter to feel like they are being blocked from asking questions. That is one of the reasons I attend the meetings. I try to facilitate any interview requests," Price said.

Another example of C. J. Huff's attempts to control the media. Officials who are directly elected by the people do not need to have permission from a board attorney or a PR flak to answer questions from the media.

We also do not need to be spending taxpayer money for someone to "facilitate any interview requests."

It is also obvious from the KZRG account that it is not board policy, but an agreement that is designed to protect the board from public scrutiny. There was no reason at all for the board's lawyer to become involved since it was not a formal board policy.

It has become painfully obvious over the past six years that C. J. Huff either does not know anything about the First Amendment or does not care.

The people of the Joplin R-8 School District should have every reason to hope that the people they elect are not going to hide behind "board agreements" to keep from having to answer to the public- or in this case, to prevent the public from learning the truth.
Posted by Randy at 6:08 AM

This is a lesson for board members to stay in their lanes. This way Anne is the only one getting orders from the king...

Let's be clear that this policy existed before Anne or anyone else came along. It's not new.

Our BOE & Joplin administrators have learned how to control information from the Joseph Goebbels play book!

Dr Huff & friends threaten staff all the time! Now they are threatening fellow board members? This should make Anderson Cooper's RidicuList!

What are they going to do, fire Dr. Fort for doing her job?

The BOE hack attorney needs to shut the hell up and quit trying to run the show. He needs to focus his energies on all the damn lawsuits.

All these ad-hoc agreements/rules are blatantly desperate attempts to control public perception...TOO LATE.

Looks like conspiracy to violate the First Amendment to me. Of course which is only done when there's something to hide.

"Speaking as an individual board member and not for the board this is my opinion on the matter..."

Taken with the supposed requirement that board members should submit all questions in advance, it ought to be enough to raise some serious questions about the governance of the board as a whole.

Thought this was a free country but guess in huff s world it isn't. He and Anne need to ride into the sunset. He has to go!

I don't understand why everyone is so willing to wait, and suffer, until April of 2015!! We elected them, we can demand their resignations can't we?
Yes, there are 4 that need to GO!!

First thing to do is see what the written policies are. If contrary to law then begin appropriate actions!

I wonder if there are any surprises hiding there?

CJ has the Povich clause in his contract. As in:

Has anyone seen the contract? Pennsylvania.

Don't you wonder if there are any surprises hiding there?

Someone with knowledge of contracts and board policies PLEASE step up and find out what we can do about demanding the resignations of these self serving politician wannabes! If wait till April, it will be too late! We must stand up and let them know we won't allow them to ignore the will of the people!

All of the individual interviews of BOE members in the past were just in our collective imagination. Thanks Anne, I thought you were the idiot. Now I realize it was us.