Probable cause: Driver who killed Sevie Davison in head-on crash clocked at 84 miles per hour in roundabout at 43 and 96 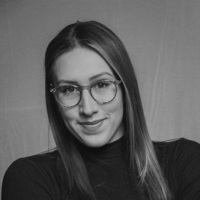 A $50,000 cash-only bond has been set for a Liberal man who is charged with involuntary manslaughter in the first degree following the death of Sevie Davison, 23, Oronogo, (pictured) in a head-on collision February 25.

Witness statements included in the probable cause statement depict a nightmarish scene for anyone who was on MO 43 near Ivy Road shortly after 5:30 p.m. February 25.

Stephen A. Harrell, Ash Grove, had turned onto 43 from 96 and followed O'Neal, who was driving a white 2002 Chevrolet 2500 through the roundabout.

"I saw a truck coming up extremely fast behind me and I had nowhere to go. I sped up so he would not hit me and then he passed me in the roundabout and I had to take the ditch so he wouldn't hit me. I would be shocked if he was going less than 90 miles per hour.

"I saw him crash into the other vehicle and a big puff of smoke."

Hannah Helton, Pittsburg, Kansas, had a clear view of the accident, according to the statement. "I was going north on 43 and was behind her (Davison) and he swerved over and hit the side of her (vehicle). Then his trailer almost hit me and I slammed on my brakes and pulled on the left shoulder."

David Sexton, Carthage, was not at the scene of the accident, but told investigators that O'Neal was driving just as recklessly a few moments earlier.

A search warrant for the event recorder of O'Neal's vehicle, indicated he was driving 84 miles per hour just before the crash.

In the probable cause statement, Highway Patrol Sgt. D. L. Kuechler notes that he interviewed O'Neal just after the crash. O'Neal was complaining about his injuries and asked where his dog was. He said he did not remember how the crash occurred.

He submitted to a preliminary breath test, which indicated O'Neal had not been drinking.

If O'Neal is able to make bond, he will not be allowed to drive, according to Jasper County Circuit Court online records.