During hearings this morning in U. S. District Court in Springfield, Judge David P. Rush denied bond to two Joplin residents whose indictments for their alleged roles in a murder-kidnapping conspiracy were unsealed July 29.
The charges against Carla Jo Ward, 47, and Russell Eugene Hurtt, 49, are connected to the death of Michael James Hall, Joplin, whose decomposing body was discovered during the execution of a search warrant at 3517 Cherry Road in Joplin July 28, 2020. 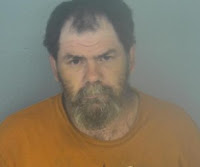 HURTT informed R.B. through text messages that people who helped take the trailer back from TILTON were going to get hurt and probably killed, and R.B. might be one of the individuals hurt or killed.

HURTT told R.B. she needed to tell him where he could find the male or his name. R.B. finally disclosed, “All I know he said his name was mike and he was a brother or honky.”

HURTT conveyed that “Ol boy said u need to call him and talk to him on the phone cause ur looking guilty and hiding stuff ” and that R.B. needed to “get that dude to meet u somewhere where he can get him or find out where he can find him thats bottom line.”

HURTT continued to text message R.B. July 9, 2020, and July 12, 2020, indicating that “this shit aint going to stop just keep getting worse” until E.C. and the male were caught by TILTON. Mike was identified as the victim, M.H.

On July 5, 2020, HURTT sent a message via Facebook Messenger to TILTON asking if TILTON wanted HURTT to find “Mike” and TILTON stated “yes.”

On July 5, 2020, TILTON sent a message through Facebook Messenger to M.H. stating, “Whats up let’s finish this. That was lame what you did yesterday I wasn’t impressed at all see when I look her rv I called her and told her I took it and why I toke her shit because. She goes and puts money jarmy. Dills books the same one that was talking to thee fbi trying to set me up. So why you trying to help a rat. you crossed a line there for you will be punished I would have had respect for you if you wodnt have got scared and ran dragjng the rv when you knew I was coming run little scared punk run I will find you you picked the right one.”

On July 7, 2020, TILTON posted comments on his Facebook profile page under the profile name “Freddie TILTON” to M.H.

TILTON posted, “Whats up tough guy were you hiding?”
M.H. replied, “In your backyard. Get your Binoculars out.” TILTON then posted, “Well I don’t see you come out and face me like a man.”

On July 8, 2020, TILTON sent messages through Facebook Messenger to R.B. stating, “see you are friends with M.H.” and “Im going to shot him in the face when I catch him. he f---ed up.”

On July 8, 2020, WARD sent a message to TILTON through Facebook Messenger stating, “Hey check it out here is that piece of s--- (M.H.) location I was able to reel him in so far.” WARD attached a screen shot of a map location.

On July 14, 2020, WARD picked M.H. up from Joplin, Missouri, and took him to VAUGHAN’s residence in Newton County, Missouri. WARD contacted VAUGHAN using her cellular phone to advise she had “company.”

WARD sent text messages to TILTON advising she had M.H. On July 14, 2020, WARD sent a message to TILTON through Facebook Messenger stating, “Get here I’ve got M.H.”

On or about July 15, 2020, THOMAS, GIBSON, and TILTON responded to VAUGHAN’s residence in the early morning hours. TILTON, THOMAS, and GIBSON bound M.H.’s hands with handcuffs and duct tape were placed arounds his mouth and other parts of his body.

THOMAS cut M.H. repeatedly with a knife and GIBSON beat M.H. with a club. TILTON shot M.H. in the head. These acts were conducted in VAUGHAN and WARD’s presence, as well as others known and unknown to the Grand Jury.

TILTON, THOMAS, GIBSON, VAUGHAN, and WARD cleaned up the blood and damage created during the assault and shooting of M.H. The defendants wrapped M.H.’s body in plastic wrap and transported it to HURTT’s property located in Newton County in a black BMW utilized by TILTON.

On or about July 16, 2020, at 4:35:16 a.m. (UTC-5), VAUGHAN sent a text message to TILTON that read, “Everyone is good. Need a couple gallons of paint along with the reward for that one. Damn sprayed bleach on the blue Nd it turned lime green.”

On July 28, 2020, law enforcement executed a search warrant for HURTT’s property based on information that a deceased body was located on the acreage.

Upon attempting to contact occupants of the residence, TILTON fired multiple shots from inside the residence at law enforcement prior to being apprehended. Law enforcement located M.H.’s deceased body approximately 100 to 150 yards away from the residence on the property.Tilton was indicted on charges of conspiracy to commit kidnapping, kidnapping resulting in death, use of firearm in furtherance of a crime of violence and felon in possession of a firearm (two counts).

Thomas, Gibson and Ward were indicted on the same charges, with only one count of felon in possession of a firearm.

Vaughan and Hurtt were indicted on conspiracy to commit kidnapping, kidnapping resulting in a death and use of a firearm in furtherance of a crime of violence.
Posted by Randy at 3:44 PM

A good call. Not one single one of these people should be released from jail for at least 20 years. They actually should all get a life sentence for kidnapped torture and murder.

Somethangs rong in the four corner.

It was a good call. Conversely had Ms.Ward appeared in front of one of Joplin's fine judges she would have been allowed to walk. Just as long as she agreed to be sure and return for her trial. Oh,and promise not to kidnap, torture or murder anyone else while waiting for her day in court.

Hey u ever think maybe u should worry about the people you are posting about? It is clear u do your homework Mr. Turner or u have some inside source. I fear for the ones who u flat out sign their death certificate. These people are gang members and murderers and u just put it all out there with no regards to the fact that u r putting others in danger. I pray for all these people, I also pray for u Mr. Turner and I hope that your reporting which I will say is very gripping, doesn't get anyone else killed or hurt. As a life long resident of Joplin I also was a school teacher. I am retired now. Think about the victims sir because if u do not u r no Better than all those folks.

10:12, do you not realize ALL of this information is a matter of public record? Anyone with a computer can find this exact same information; Mr. Turner just has the patience to put it in an easier to read format for the rest of us. The criminals and their family members themselves frequently post even more information on public forums like Facebook, Instagram, etc. Cut ties with criminals and you won't have to worry about them coming for you.