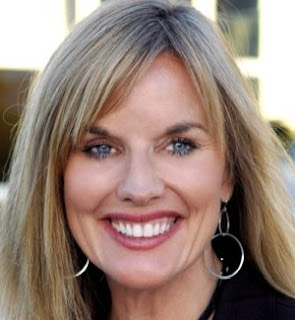 The first bump in the road for former State Treasurer Sarah Steelman's fledgling U. S. Senate campaign came last week when an alleged "Angry Tea Partier," writing under the pseudonym Francis Marion noted that much of the money for her campaign for governor and previous campaigns has come from trial attorneys.

Much of the outcry that has come since the information in the memo was first circulated in the St. Louis Post-Dispatch comes from Steelman supporters who are outraged that the Post-Dispatch is relying on an secretive informant to trash their candidate.

However, anyone who reads this blog was well aware of the sources of Mrs. Steelman's funding. They are also aware that much of her money came from sources, including the trial attorneys, who normally limit their contributions to the Democratic Party.

"Power to the People" has been Sarah Steelman's slogan, and it is also the name of a front committee which has been actively directing money to Mrs. Steelman's campaign for governor.


Missouri Ethics Commission documents indicate nearly all of the committee's contributions have been coming from supporters who typically steer their money toward the Democratic party. Those contributions, all for more than the $1,275 limit, which is still in effect until Aug. 28, are being laundered through county and legislative district committees and then contributed to Mrs. Steelman.

Ethics Commission records show Power to the People was originally formed in 2006 as the Committee for Ethical Reform, but its fundraising did not take off in earnest until the beginning of 2008. The committee's treasurer is Patrick Horsefield, a law partner of Mrs. Steelman's husband David in the firm of Steelman, Gaunt & Horsefield.

The committee's first quarter disclosure report shows it received $52,525 during the first three months of 2008, with most of it coming from the following sources:

-$15,000 from the Alan and Hope Winters Family Foundation: Federal records show Alan Winters contributed to the presidential campaigns of both Barack Obama and John Kerry, and Hope Winters contributed $1,000 to Emily's List, an organization which has primarily worked for Democratic female political candidates. The Winters Foundation is heavily involved in working with the homeless and with new immigrants.

-$7,300 from Grant Davis, Leawood, Kan., and $7,500 from his law firm, Davis, Bethune, & Jones, Kansas City. Davis has contributed to Robin Carnahan and John Edwards, among others.

-$2,500 from Shamberg, Johnson & Bergman, Kansas City. Top lawyers in that firm have made contributions to the campaigns of Claire McCaskill, Susan Montee, and Bekki Cook.

-$2,500 from K&M Enterprises. Though I was unable to locate K&M Enterprises, the address provided on the Ethics Commission document was the same as the law firm of Manson and Korback or M&K. Korback's money has gone to the campaigns of Barack Obama, John Kerry and the Kansas State Democratic Committee.

The Ethics Commission documents show Power to the People distributed that money and other money it had on hand, to the tune of $75,450, as follows:

-$13,500 to the Phelps County Republican Committee, which sent a like amount to Mrs. Steelman.

-$13,500 to the Dent County Republican Committee, which gave the same amount to the Steelman campaign.

-$13,500 to the 56th District Legislative Commitee, with the same amount going to Mrs. Steelman.

-13,500 to the Buchanan County Republican Committee, which gave the same amount to the Steelman campaign.

There is no evidence that any candidate except Mrs. Steelman benefited from contributions made by these Democratic donors to Power to the People.

The July 14, 2008, Turner Report noted that the same pattern continued during the next quarter, with the following contributions:

-The Alan and Hope Winters Family Foundation- $15,000 ($30,000 overall this year) Winters has made a maximum contribution to Barack Obama's presidential campaign this year, while Mrs. Winters contributed $1,000 to Emily's List, which normally supports female Democratic candidates.

-Anita Robb, $5,000, Mrs. Robb has been recognized by the National Law Journal as one of the top five female trial attorneys in the U. S. She has contributed to Kay Barnes campaign against Sixth District Congressman Sam Graves. Both Robbs contributed to Jay Nixon in 2007.

-Becky L. Henry, West Plains, attorney, and past contributor to Jean Carnahan and Claire McCaskill. She also has contributed to Jay Nixon.

While most of the regular GOP contributors gave to Mrs. Steelman's primary opponent, Congressman Kenny Hulshof, in 2008, it appears that anyone whose credentials would be suspect, either to the Republican Party or to the newly ascendant Tea Party, put money into the front committee to be laundered through district committees before going to the Steelman campaign.

And while there is nothing illegal about these maneuvers, it is definitely fair game for those who might face Mrs. Steelman in the 2012 primary.
Posted by Randy at 4:13 PM

It's got to be Sara Steelman's blue eyes. WOW!

Mr. Ed is looking for his teeth. Glad Ms. Steelman found them.

Most of the contributions mentioned came from lawyers that went to the MU School of Law the same time as Mr. Steelman. People often support their friends regardless of party affiliation.

Her teeth look like they're going to fall out. Are they false?

This is one strange bitch.