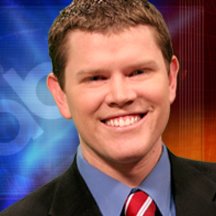 A statement made by former KODE anchor Brian Dorman during an interview with The Fuse Joplin appears to have cost him his new job as morning anchor at Nexstar Broadcasting's Shreveport station, according to a report published on News Blues, an website that covers the television industry.

News Blues initially reported that Dorman was scheduled to begin at KTLA December 13.


Apparently, the deal's off. Insiders say KTAL News Director Willie Walker had second thoughts. In a Nov. 30 email to staff, she announced: "Please welcome some new folks to the NBC 6 News team. Brian Dorman and Josh Marcisz join us Monday, December 13, 2010. Brian will anchor our morning news and produce stories for evening newscasts and the web".

But, when Dorman arrived at the station in Shreveport last week, dragging his U-Haul, he was reportedly told by General Manager Mark Cummings that a mistake had been made. We suspect something was up long before Dorman even set foot in Louisiana.

Within hours after we posted the story of Dorman's hire last week, he wrote to us, saying: "This is causing me problems at my new place in Shreveport. I was not fired in Joplin. My contract was up, and I did not resign."

But Dorman had told Eli Yokley of The Fuse Joplin that it was not his decision to leave KODE and when News Blues reported that, it apparently did not sit well with KTLA officials.

Dorman gives his version of his departure and his time at KODE on the online resume service TVJobs.com:


We made some incredible changes in our format, pacing and style. We had an action themed format with little chit-chat, lots of news content, few pkgs and 9 minute A blocks. Over the course of the two years I worked there our team we went from a weak number three station to a solid number two in every show.

I introduced KODE/KSNF to Facebook & Twitter. We grew to consider ourselves to be a mutli-media station. We used social networking on a daily bases to drive our website and interact with our viewers.

There were some challenges working in a market that size, it was also my first experience with a share market agreement, which could be tough from time to time. We also covered four states. It taught me to stay quick on my toes and be prepared for just about anything. Knowing state laws and the political atmosphere in four states meant lots of late night reading on the latest going on. It was a great experience working with reporters just out of college. It really taught me the importance of working and learning as a team.

The management team wanted to continue to grow and try new and different things. They decided this month when my contract expired to go in a different direction. I have had several opportunities to work as a multi-media journalist and weekend anchor in larger cities. I'm still searching for the right fit, I'm tired of moving from city to city. In my next opportunity I want to dedicate myself in working there for several years-so I'm holding out for the best move!

Waiting until the person is in just in town and has probably already signed all the lease papers, etc is just an absolutely shitty thing to do.

Telling someone it wasn't your choice to leave if it truly was a contract expiration issue is also crappy...for him to do.

Sounds to me he played a role in his own troubles.

Dear Anonymous,
Seems like several mistakes were made here.Fingers shouldn't be pointed. I only hope the best for Brian as not only is he a true professional, but a great and talented young man! And as a friend of this young man, I am very proud of his accomplishments and know that no matte what he does, he will be successful!

Too bad his resume' is filled with so many typo's, misspelled words, and lies....sort of like his resume' "fake-out's". Any News Director worth anything will see through his B.S.

Honestly, who even cares about any of it, except maybe Brian Dorman.

Brian has a lot of growing up to do.

Hauling your stuff to Shreveport in a trailer to be met by some who says 'we made a mistake, sorry' or something similiar will cause you to grow up in a hurry.

A slice of that 'humble pie' will be on his resume from now on.

You would think so. Hope so.

Amen, to above poster, amen.

Anonymous said...
This comment has been removed by a blog administrator.
10:24 AM

Anonymous said...
This comment has been removed by a blog administrator.
5:09 PM

Anonymous said...
This comment has been removed by a blog administrator.
11:19 PM

Anonymous said...
This comment has been removed by a blog administrator.
11:27 AM

Anonymous said...
This comment has been removed by a blog administrator.
8:32 AM

Anonymous said...
This comment has been removed by a blog administrator.
12:10 PM