Cunningham, friend of the working child: Nothing more important to bringing jobs to Missouri than passing right-to-work legislation 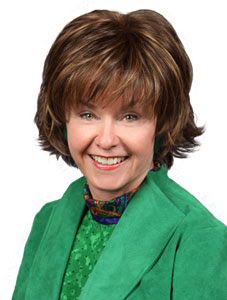 Sen. Jane Cunningham,R-Chesterfield, the friend of the working child, says the best way to bring jobs to this state is to pass the currently pending right to work legislation. My guess is this legislation will damage unions that already exist in Missouri and either not bring any new jobs to the state or bring a few low-paying jobs that the legislators can use to tout their job-creating skills:

The bill's sponsor, Sen. Luann Ridgeway, R-Smithville, said the measure would bring in more jobs to the state and make Missouri more competitive with neighboring states. All of Missouri's neighboring states, with the exception of Illinois and Kentucky, have ended collective bargaining and then gained jobs, she said.

"We cannot continue to go down this path where our citizens are losing jobs and our surrounding states are gaining them," Ridgeway said.

"Missouri will never even know those jobs exist," Ridgeway said.

"We cannot afford that when we are nearing 10 percent unemployment," said Sen. Jane Cunningham, R-Chesterfield. "I cannot think of one thing that is more helpful to bringing jobs to Missouri than this issue."