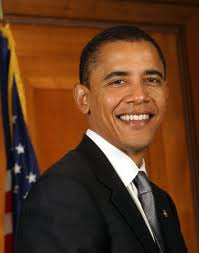 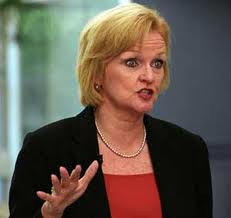 The Missouri Republican Party is rolling out new revelations in the ongoing Claire McCaskill plane scandal, including a possible connection to President Barack Obama. From the news release issued moments ago:

From embarrassing videos to new information about potential high-profile passengers on her plane, Claire McCaskill’s airplane scandal has continued to unfold this afternoon. See below for some of today’s developments:


MOGOP calls on McCaskill to release tax records related to the travel scandal: Roll Call reported on the MOGOP’s afternoon press conference in which the Party called upon McCaskill to release tax records that will once-and-for-all prove whether her company made a profit from her taxpayer-funded official use of her private plane. In addition, the MOGOP announced that it would be expanding the scope of the ethics complaint filed with the Senate Ethics Committee.

McCaskill’s pattern of tax problems: Politico’s Huddle reported that McCaskill has a history of troublpaying property taxes on her property—including her failure to pay more than $2,300 in property taxes on a condominium at the Lake of the Ozarks. The non-payment of taxes was so severe that Camden County published a notice that it was going to put the condo up for auction.

Obama connection to McCaskill’s plane? The Daily Caller is reporting on a $3,900 payment for travel by Obama for America to Sunset Cove Associates, the same company that McCaskill routed taxpayer money through to pay for her flights. The payment raises questions as to whether candidate Barack Obama himself enjoyed the luxury of McCaskill’s multimillion dollar Pilatus aircraft.

McCaskill avoids questions on scandal: Townhall.com posted video of McCaskill leaving a high-dollar New York City fundraiser while dodging questions related to her ongoing travel scandal. The camera operated pointedly asked McCaskill if she considered herself a federal employee, alluding to earlier legislation co-sponsored by McCaskill to fire federal employees who were severely delinquent on their taxes.

Hitting McCaskill where it hurts: The National Journal’s Sean Sullivan and Josh Kraushaar opine that this scandal “could do lasting damage to both McCaskill and Senate Democrats in 2012.” The piece notes that this scandal “cuts against the grain of her good-government image” and cities her “ineffectual apology” for reasons that this narrative has “sticking power.” The New York Times’ Michael Shear called it “the kind of unforced error that could come back to haunt the national party.”
Posted by Randy at 3:42 PM

Claire's a smooth talker. All of the major media want her on their Sunday talk shows........until now.
She really pooped in her lunch pail this time.

Lets don't get too excited over their owning a "Multi-million dollar" Pilatus. Its a single engine prop jet, the type of which are owned by many individual owners. On the used market they are much less than a million dollars. Its an aircraft that is ownable and reachable by lots of single owners/users.

So settle down, and wait for the Repukes to hit a foul ball, its just a few pitches away.

A plane paid for by the spoils of years of overbilling of Medicare and Medicaid?

5:49, you're not uninformed, you're just not paying attention.