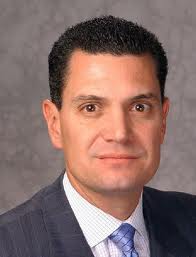 We have reached the halfway point of the 2011 legislative session. Much has been debated on the Missouri Senate floor since Jan. 5, and a lot more will be brought before us between now and May 13.


In early April, the Senate will begin work on the Fiscal Year 2012 Missouri budget. The $23.2 billion spending plan represents a decrease from this year’s $23.4 billion budget, which shows the Legislature’s commitment to cut spending without drastically slashing services. This is critical, as our state and nation continue to work out of a recession. We have to downsize state government. We cannot continue business as usual here in Jefferson City.

Government absolutely must live within its means and continue to use dollars more efficiently and effectively.

Part of working toward this goal includes work that is ongoing in the Senate Governmental Accountability Committee, which I chair. In addition to the legislation we review, we are also taking a tough approach to watching the actions of the government. A great deal of time has been spent looking into the mechanics of many of the departments in state government. The committee has been tasked with scrutinizing assigned government programs and assuring that tax dollars have been spent wisely. Our work will continue through the rest of the session.

Part of this panel’s work has entailed hearing my proposed Senate Joint Resolution 10, which would cut the size of the Missouri House. At 163 members, the Missouri House is among the largest in the country. My proposal would trim this back to 103, starting in the year 2023. On the other end of the spectrum is the Missouri Senate. At 34 members, it is among the smallest in the country. Each senator represents approximately 165,000, while each state rep has a constituency of roughly 35,000 people. Scaling back the size of the House would save millions in administrative costs in the years to come.

As we work toward a sensible goal in the Missouri General Assembly, the federal government in Washington, D.C. has not been making the necessary changes. The federal government needs to control spending immediately. We heard campaign speeches that talked of cutting $100 billion in federal spending this year. Now that the smoke has cleared, it is more along the lines of $6 billion, at best. According to the U.S. Treasury, the national debt rises each day by approximately $70 billion. Even if campaign promises were kept, $100 billion in federal spending cuts would barely dent the federal debt.

In contrast, the Missouri Senate has debated the proposed extension of UI benefits to unemployed people from 79 weeks for an additional 13-20 weeks. Along with me, a number of true conservative senators filibustered this bill and fought to refuse this continued overspending by the federal government. A number of very valid points were discussed during the debate, including the notion that these dollars would NOT be used to reduce the federal deficit but would instead be sent to another state. We contacted the Office of Management and Budget and spoke with their representative Meg Reilly, who stated, “Not continuing the Extended Benefits (EB) program in the state would reduce the federal spending by an estimated $96 million.” That amount won’t erase the federal deficit, but it’s certainly a step in the right direction.

Thats all right, the people without jobs will understand. They will take comfort in the fact that you are looking out for the nations best interests.

What a bunch of yoyos.

I have a feeling this opposition to
extending the benefits has more to do with being a Republican who opposes our Democratic president. He is trying to do SOMETHING to help the ones who have been hurt the worst by the downturn in the economy. If you would get off your high horse and come volunteer in a real food pantry for several months (not just do a politician's walk through visit) you MIGHT understand the scope of the problems. MAYBE. Try it!