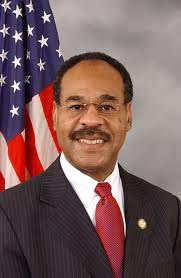 In his latest EC from DC report, Rep. Emanuel Cleaver, D-MO, talks about the Obama Administration's Pay as You Earn proposal.

On October 25, 2011, the Administration introduced a new “Pay As You Earn” proposal that will reduce monthly payments for more than one and a half million current college students and borrowers. Starting in 2014, borrowers will be able to reduce their monthly student loan payments to 10 percent of their discretionary income. Many students need relief sooner than that. The new “Pay As You Earn” proposal will allow about 1.6 million students the ability to cap their loan payments at 10 percent starting next year, and the plan will forgive the balance of their debt after 20 years of payments. Additionally, starting this January an estimated 6 million students and recent college graduates will be able to consolidate their loans and reduce their interest rates.

Current law allows borrowers to limit their loan payments to 15 percent of their discretionary income and forgives all remaining debt after 25 years. However, few students know about this option. Students can find out if they are currently eligible for IBR at www.studentaid.ed.gov/ibr. Last year, the President proposed, and Congress enacted, a plan to further ease student loan debt payment by lowering the IBR loan payment to 10 percent of income, and the forgiveness timeline to 20 years. This change is set to go into effect for all new borrowers after 2014—mostly impacting future college students.

Current college students now have the chance to limit loan payments to 10 percent of their discretionary income starting in 2012. In addition, the debt would be forgiven after 20 years instead of 25, as current law allows. For many who struggle to manage their student loan debt – including teachers, nurses, public defenders and others in lower-paying jobs – these proposed changes could reduce their payments by hundreds of dollars each month. Overall, this proposal would provide an estimated 1.6 million borrowers with more manageable monthly payments.

The Administration is also planning to offer student borrowers the chance to better manage their debt by consolidating their federal student loans. Today, approximately 5.8 million borrowers have both a Direct Loan (DL) and a Federal Family Education Loan (FFEL) that require separate payments, which makes them more likely to default. To address the needs of these borrowers, the Administration will allow borrowers the convenience of a single payment to a single lender for both loans. Borrowers who take advantage of this consolidation option, which begins in January, would also receive up to a 0.5 percent reduction in their interest rate on some of their loans, which means lower monthly payments that would save hundreds of dollars in interest. Eligible borrowers will be contacted by their federal loan servicer early next year with information on how to consolidate.
Posted by Randy at 3:08 PM