Cynthia Davis Chapter One: "Don't send in the clones" or "Some of my best friends started in a petri dish" 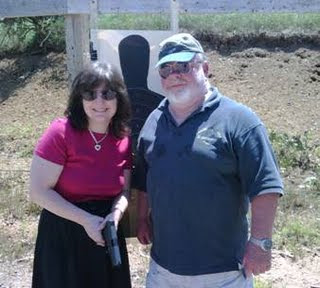 In her latest newsletter, former Rep. Cynthia Davis, once a Republican and now a candidate for lieutenant governor on the Constitution Party ticket warns against the Missouri Science and Innovation Reinvestment Act, claiming it is socialism and opens the door for cloning. She also notes that some of our finest people started in a petri dish.

One of the actions of the legislature during this special session was the passage of SB7, also known as MOSIRA. The Acronym stands for Missouri Science and Innovation Reinvestment Act. In short, it allows the taxpayers to subsidize science experiments. The selling point is that some businesses pay high wages and having a tax credit would help to incentivize these types of companies to stay in Missouri.

This is wrong on two levels: First, it allows for an involuntary redistribution of the wealth. In a socialistic government this would be normal. In a free market economy, this does not allow the businesses to stand or fall on the value of their contributions to society. Some of the greatest inventions known to mankind were not subsidized by the taxpayers. They were the fruit of human ingenuity using their God given skill, effort, imagination and wisdom.

The second point of concern is that this opens the door for our state to do taxpayer funded human cloning. Some people are fuzzy about whether life begins at conception, but there is no other obvious point of beginning. Everything after that is part of a growth continuum from the point of origination. Although Missouri already has laws acknowledging life begins at conception, our laws are now conflicted and there is a vast gray area because of the convoluted wording of Amendment 2 in 2006. Human cloning for the purpose of experimentation in the laboratory has never been outlawed.

We are at a very dangerous place in the history of our state and this bill, MOSIRA has the capacity to pitch Missouri into the moral abyss of human destruction for the benefit of others. Those who think human cloning is acceptable behavior are using the same logic that allowed slavery to exist. They say, "As long as it benefits me or my family, who cares?" However, an abortion that occurs in a test tube or a Petri dish is still an abortion. Many people walking the planet today stand as living proof that some human beings started their lives in a Petri dish and they are just as valuable as the rest of us.

The most surprising part of this legislation is revealed by who voted for it. When I was first elected to the Missouri legislature in 2002, the vast majority of the legislators were pro-life. If we were aware that a bill allowing taxpayer funded cloning was about to come up for a vote, the result would be a resounding defeat. I am surprised to see how the thinking has shifted in nine short years. The bill passed with overwhelming majorities of the legislators supporting it in both chambers.

It was sad to see how much the cronyism and lobbyist pay offs have affected the ability of the legislators to think for themselves. The Speaker of the House who pushed this bill had already accepted a quarter of a million from the cloning industry, not including the $25,000 bonus tip he received for good service from the cloning industry after he delivered the bill to the governor's desk. The Governor signed the bill on Friday, October 21st, so it is now law.

Perhaps it is because of my experience as a parent, but I can tell when someone is lying and we shouldn't tolerate this. I remember my senator telling me a story of when he was "double-crossed". He had made a deal with the Democrats and after the vote, the Democrats went back on their word. At first I felt sorry for him, then I felt sorry for his constituents who were not well represented. We don't have to allow this to happen. The taxpayers expect their elected representatives to be vigilant and expend the time necessary to become fully informed on bills before they come up for a vote. I always took my responsibility very seriously and considered it to be part of the honor and obligation of the position. We ought to never expect anything less.

I urge you to have a conversation with your legislators about where they stand on the life issue. Here is some simple advice to the legislators: If you vote against a bill because you are unclear after carefully reading it, a good bill will come back again. If you pass it and find out later it is bad, it is nearly impossible to repeal it. We can stop our culture from deteriorating further if we remain vigilant to protect our constitutional legacy.
Posted by Randy at 8:57 PM