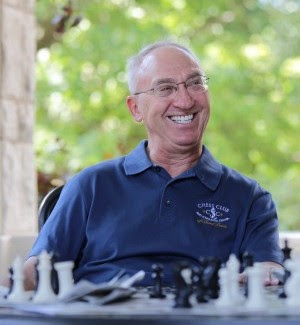 Retired billionaire Rex Sinquefield, who has been doing his beat to buy Missouri government and turn it to his own ends, has begun airing ads in the Springfield market for his latest project, which would make his financial "burden" easier while piling it on those who can least afford it.

The truth is that the proposed 'Everything Tax' would shift the tax burden away from billionaires like Rex Sinquefield onto working families and seniors like you and me. If the new 'Everything Tax' is created, Missourians will be forced to pay more for almost everything we buy every day. Seniors living on a fixed income would be hit especially hard with new sales taxes on their food, medicine and in-home or nursing home care. The taxes all of us pay at the grocery store would quadruple.

It gets worse. Beyond forcing us to pay more for almost everything we buy, this billionaire's pipe dream would also blow a hole in Missouri's already tight budget. Conservative and progressive economists alike estimate the 'Everything Tax' will create a budget shortfall of up to $3.2 billion. That means even more devastating cuts to schools in our communities, Medicaid, important infrastructure projects, colleges and universities, and more.

To prop up this lose-lose proposition, the Sinquefield-funded Let Voters Decide committee is relying on downright misleading statements in their paid communications. Here are a few claims we've heard already:

BOGUS CLAIM: The radical Everything Tax plan will benefit everyone. "I know how you and me and everybody can have more money to spend, now and forever!" says an actress in one ad. Seriously!

REALITY: The Everything Tax would make things worse for almost all of us by creating a new, 10-percent sales tax. Missouri families will be forced to find more room in their budgets for things like milk, bread, baby food, diapers, health insurance benefits, emergency room visits, in-home nursing care costs and car insurance payments, just to name a few.

BOGUS CLAIM: "There's no state income tax at all in Tennessee."

BOGUS CLAIM: Putting all of our eggs into one basket will make our tax code "fair and reliable."
REALITY: The radical Everything Tax plan will disproportionately benefit the very wealthy, and make our revenue in future years for schools, roads and other basic services less reliable.

BOGUS CLAIM: Missouri's tax code is unfriendly for business and economic growth.
REALITY: The U.S. Chamber of Commerce ranked Missouri as one of their Top Ten States for businesses. A U.S. Chamber study recently ranked Missouri as one of the most business friendly states in the nation. Business Insider featured the top ten states highlighted in the report (including Missouri at #7) as “shining stars in the union that can still keep taxes low and attractive for businesses.”
http://www.businessinsider.com/the-top-ten-states-for-low-taxes-and-business-friendly-regulation-2011-6

Missouri has the sixth lowest state tax burden in the country. According to an analysis by Republican State Auditor Tom Schweich, Missouri’s tax burden relative to personal income is lower than all but 6 states in the nation.
http://auditor.mo.gov/news/20110908nc.htm
Posted by Randy at 3:24 PM

Did this all start because Rexie did not want to pay a St. Louis income tax?

Amazing! Tennessee does NOT have a income tax though. They have a tax on interest and dividends above a certain amount and a high sales tax.