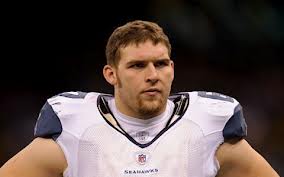 Allen Barbre has been living a nomadic existence since he was cut by the Green Bay Packers, the team that drafted him a few seasons ago, but it looks like things are looking up for the former East Newton High School and Missouri Southern State University lineman.

Barbre, trying to catch on with the Philadelphia Eagles, has been working out with their first string:


He's played in 32 NFL games with seven starts, yet Barbre is one of the most anonymous offensive linemen here. Until Tuesday, that is. He took some reps with the first-team offense at left guard and when Kelly was asked about it at the post-practice press conference, Barbre's name became a bit more prominent.
But what about his game? Barbre was a fourth-round draft pick by Green Bay in 2007 and his seven starts came at left tackle. He's also played with Seattle and Miami and he loves the physical part of the game. And, apparently, he is versatile enough to get some looks at guard, which is important to know for the coaching staff.
There is going to be some excellent competition for spots along the offensive line in the summer. Add Barbre's name to the mix. The Eagles need some players who can play both tackle and guard and, as Kelly said on Tuesday, who are going to be physical.
You may not know much about Allen Barbre, and that's understandable. But he's going to make his roster push and, judging by the mini-attention directed his way on Tuesday, is already doing so.
Posted by Randy at 8:50 AM