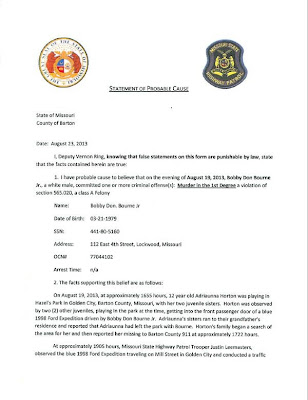 Barton County officials have released the probable cause statement explaining the charging of Bobby Don Bourne, 34, Lockwood, with the rape and murder of 12-year-old Adriaunna Horton of Golden City.

The statement indicates that Bourne after at first denying he had been with the girl, told investigators Miss Horton had run away from him and fell causing her death. He was able to give officers an approximate location of where the girl's body could be found.

After she was discovered in a field in the western part of Dade County, just east of the Barton County line, evidence indicated that the girl had been sexually assaulted. The autopsy listed the cause of death as strangulation.

Bourne's first court appearance is scheduled for 2 p.m. Monday in Barton County Circuit Court in Lamar. Extra security is expected. Bourne is being held in the Jasper County Jail in Carthage. 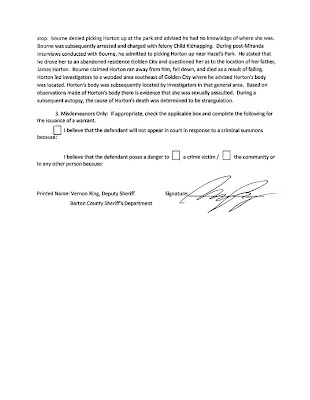