Tim Jones on federal and state government: Enough is enough 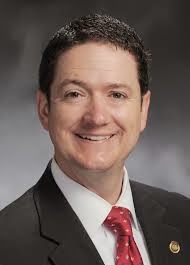 Speaker of the House Tim Jones continued the attack he and his fellow Republicans have mounted for the past several years against government recently with a new committee designed to battle overreach by the state and federal governments. In a portion of his latest newsletter, Jones explains why he formed the committee.


After traveling the state and listening to Missouri families, farmers and business owners express their frustration with onerous federal and state regulations, I decided it was critical that we form a new committee to investigate the continued overreach of the government through regulation.
For that reason I created the Bipartisan Investigatory Committee on Regulatory Overreach, which will take testimony from concerned citizens across the entire state. I am hopeful the committee will produce recommendations that will result in action by the state to intervene where possible and reduce some of the regulatory burden placed on families and business owners.
The committee is based in part on an idea proposed by Florida Governor Rick Scott who created the Office of Fiscal Accountability and Regulatory Reform. After only three months in operation, OFARR reviewed more than 11,000 state regulations and targeted more than 1,000 for repeal. I see our version of OFARR having a similar level of success in identifying numerous regulations for repeal in the state of Missouri.
During my time as Speaker I have traveled to every part of our great state, and the message the people of Missouri have shared with me time and time again is that government is too big and too intrusive. I met with family farmers who see far too much of their time taken filling out government form after government form, and business owners who have to contract for help with navigating the endless maze of government regulations. It is undeniable that the government has reached its hand into areas where it clearly does not belong and it is up to us as a state to say enough is enough.
Posted by Randy at 8:50 AM