Probable cause: After evening of drinking, Neosho man beat Seneca man to death 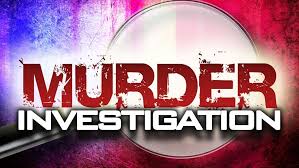 A Neosho man is being held without bond on first degree murder charges following the beating death of Saturday of a Seneca man.

A 9 a.m. Tuesday arraignment is scheduled in Newton County Circuit Court for Vernon Eddie Thomas, 42, who told a witness that he "beat the f--k out of Wesley Porter, 37, but told Newton County deputies that a cabinet fell on Porter while they were fighting, according to the probable cause statement:

On 03-14-20 at approximately 00:40 (a woman) stated she woke up after having passed out drinking at Wesley Porter's house. She stated the last she remembered Wesley Porter and Vernon Eddie Thomas were at the location drinking as well.

She stated when she woke up she found Wesley Porter laying in the floor and could not wake him up. She stated she had attempted CPR but that blood came out of his nose when she attempted rescue breathing.

(The witness) then stated she had called 911. (She) stated when she woke up Vernon was not at the location.

Another witness stated Vernon Eddie Thomas had woke her up at approximately 00:43 and told her he had gotten drunk and a guy had made him mad and he "beat the f--k out of him".

In a custodial interview after being read the Miranda warning, Vernon Eddie Thomas statedWesley Porter had hit him and he had pushed Wesley. Thomas stated a kitchen cabinet had fallen on Porter and that he had then lifted it off of him then left the location.

Thomas stated he did not know anything about Porter's injuries. Thomas also confirms that Warren had passed out and that he and Porter had put her in a bed in Porter's bedroom.

Porter was found to be deceased and had an injury to his nose and to the back of his head as well as possible bruising on his head and face. The cabinet was observed dumped into the floor but it did not appear to have been picked up since it had fallen and a deep fryer had spilled but Porter's shirt did not have oil on it.
Posted by Randy at 6:38 PM