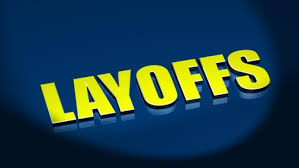 For the fourth time in less than three months, Carthage-based Leggett & Platt has announced layoffs, this time affecting 200 employees at the company's corporate office at No. 1 Leggett Road in Carthage.

In a notice filed with the Department of Higher Education and Workforce Development following provisions of the federal WARN Act, company officials cited the COVID-19 pandemic, as they had done with the three earlier rounds of layoffs.

"We are taking these employment actions because of COVID-19-related business circumstances that were not reasonably foreseeable.

"We would like to have given more notice of this action, but were unable to do so because of how quickly our operations were affected by the COVID-19 pandemic, the World Health Organization's pandemic declaration on March 11, the President's declaration of a national emergency on March 13 and other related governmental announcements and actions."

In the notice, company officials said the layoffs are not intended to last more than six months.

During the first week of March, Leggett officials laid off 422 workers at its Branch One facility, followed by 215 employees at the facility at 1460 Jackson Drive in an announcement posted April 24 and 83 employees at the Wire Mill at 1225 Central.

The four rounds of layoffs total 920 employees.
Posted by Randy at 7:12 AM