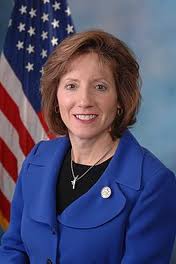 This week, the House Budget Committee unveiled its proposed budget for the 2013 fiscal year. The proposal would implement comprehensive tax reform and rein in spending by cutting $5.3 trillion in spending over the next decade compared to President Obama’s budget; consolidating the current six individual income tax brackets into two brackets of 10 and 25 percent; and maintaining a strong national defense by rolling back some of the $487 billion of cuts approved in last year’s Budget Control Act. I will provide you with updates as the budget makes its way through the legislative process.

Friday marked the second anniversary of President Obama’s signing of the bill putting America on the road to a government takeover of health care and we are learning just how bad this law is. According to the non-partisan Congressional Budget Office, the Obama health care law will now cost $1.8 trillion – twice as much as President Obama told us two years ago. As for the President’s claim that costs would come down – we are seeing the opposite. A Kaiser Family Foundation report found that health care premiums in the workplace increased 9 percent, or over $1,200, for an average American family in the year following enactment of the law. Additionally, a report from the McKinsey Group found that more than 50 percent of employers with a high awareness of the law say they will stop offering health coverage.

The simple truth is that American families cannot afford this government intrusion into our health care. Clearly, this is a bad law that must be repealed. The House has passed numerous pieces of legislation designed to do that – with our efforts being stymied in the Senate. It is time the Senate worked for the good of the American people and repealed this failed law.

Recently, I was one of 33 members of the House who joined the American Center for Law and Justice in submitting an amicus brief to the U.S. Supreme Court, supporting the historical presence of a cross in the Mount Soledad Veterans Memorial in San Diego, California. A cross has been present at this site since 1913, but extremist anti-religious groups have recently targeted the memorial for removal. The U.S. Constitution protects the free expression and display of religion and I believe the campaign to erase any use of religious symbols in the public square is an unconstitutional assault on American’s free exercise of religion. I am hopeful that the Supreme Court will reverse the lower court’s ruling declaring the memorial unconstitutional.

In other news, I am pleased to tell you I am co-sponsoring a bill to rein in another runaway government agency. The Department of Justice recently ruled that every hotel and motel must have a permanent wheelchair lift on each swimming pool, including a kiddie pool and whirlpool, to accommodate the Americans with Disabilities Act. This decision was made despite the fact these lifts are prohibitively expensive. This decision goes beyond common sense. The bill, known as the Pool Safety and Accessibility for Everyone (Pool SAFE) Act, does three main things: 1) It provides a year-long extension for compliance with ADA accessibility standards as they relate to swimming pools; 2) it allows a motel of other place of public accommodation to use a portable lift to comply with the standards; and 3) it allows such a place to use a single portable pool lift for multiple water features like a pool and a spa. Concerns with the ADA requirements were raised by local citizens of Laclede County who brought it to my attention during a recent town hall meeting. This is a prime example of how the people of Missouri’s Fourth District – not the bureaucrats in Washington - have the right answers. I have numerous town halls and other public meetings planned in the coming weeks, and I hope to see you there.
Posted by Randy at 9:17 PM

Vicky HARTZLER sure doesn't mind government intrusion of our 1St Amendment ... She was 1 of 397 to vote to restrict free speech in government cordoned areas ...
Free speech restricted zones, which will result in a felony or imprisonment ..
Only 3 voted against this bill , including Ron Paul.

Sometimes people need to be told when to keep their mouths shut! Common courtesy seems to be a thing of the past.