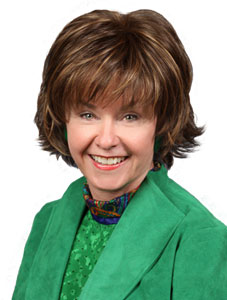 She still has nearly two months to continue her crusade against public schools and teachers, but Jane Cunningham will not seek another term in office.

Mrs. Cunningham, who has served one term (one term too long) says she had considered a run for statewide office but did not "feel a calling." (If anyone does feel like calling her that person should be grounded and have his or her cell phone confiscated).

It is too late for Mrs. Cunningham to leave the Senate with class, considering she whined incessantly a few weeks ago when she was redistricted out of her current Senate seat. Instead of lodging a complaint through the proper channels, Mrs. Cunningham remained shrouded in shadow, begging for others to do the dirty work for her.

She sent the following e-mail to supporters:


On Thursday, the 10 commissioners drawing the new senate maps shocked everyone with the map they presented. Many think it is the GOP trying to rid the ranks of the conservatives. One Democrat colleague commented to me, "What did your commissioners get promised to betray Republicans like they did. We would never put up with that treatment from Democrats."
They wiped out my district altogether and put it in the middle of KC. Since my district is up for election this year, it will pull out the Democrat vote in KC for Obama, McCaskill, Nixon and all the statewide Dems. It will also give the Dems another senator in the senate right away and take out a Republican conservative. They made Sen. Lembke's district almost unwinable.
The present map energizes voters in Democrat areas during presidential years and decimates the St. Louis area representation (one sure senate district rather than the present four) and therefore the donor base for all of us.
As Senator Luann Ridgeway pointed out, she and I are the only Republican women in the senate of 26 Republicans. She is termed out this year leaving me as the only woman left. Now they have taken me out leaving no assurance there will even be one Republican woman left in the Senate when they so desperately need to "sell" our party to women.
The commission that drew this map was made up of 5 Democrats and 5 Republicans. It is a dream map for Democrats and all but one Republican, Steve Ehlmann, voted with the Dems for the map.
PLEASE CONTACT ALL THE COMMISSIONERS BELOW. Our goal is to get four of these Republican Commissioners to vote 'no' on their final vote for the map. I believe that vote will take place on March 9th after this 15 day period to comment. If they vote 'no', we have a chance to get back to the acceptable and court approved "appellate map 2". Most feel that if they don't go for that, no judge could give us anything worse for the party than what we have. Also shore up Ehlmann. Don't assume he will stay a 'no'.
I have also added Lloyd Smith's contact information because he is the executive director for the MO Republican Party and he selected these guys. Notice there are no women.

At that point, she lists all of the commissioners, their phone numbers, and email addresses and provides information about them. She concludes the message in this way:

Please forward this information around, although probably better without my name. The commissioners need to hear the views of Missourians to this travesty. (Italics added


It would be a serious mistake to take Sen. Cunningham lightly during what is shaping up to be her final two months in the state legislature. She is still pushing bills that would damage public schools and remove teacher tenure, replacing it with a system based on standardized test scores.

Though she has been in the legislature for a dozen years, it has been painfully obvious that she has brought the battle with public schools that began when she was defeated for re-election for a second term to a public board of education in the '90s to Jefferson City with her.

I await the day in mid-May when hundreds of Munchkins can surround our state capitol and sing (metaphorically) that song that begins with the words, "Ding Dong."