Sinquefield: It is time that I got my money's worth 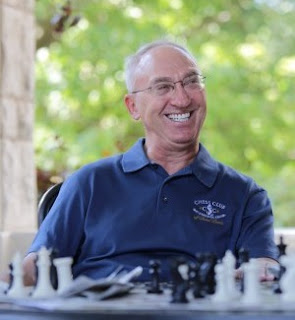 This is Rex Sinquefield's year.

If you don't believe that, take a look at the legislation that is being pushed through the Missouri General Assembly and the proposed constitutional amendments that have been submitted.

As usual, there is an attack on Missouri public schools. Efforts are being made to use the dire situation in the Kansas City School District to open the door for vouchers to private schools.

Jane Cunningham, who is leading the voucher movement in the Senate, and Rep. Scott Dieckhaus have once again sponsored bills which would eliminate teacher tenure, replacing it with a merit pay system that would be based primarily on the scores from poorly written standardized tests. (Not to mention the cost that would occur since only math and reading are tested at the present time.)

Both Mrs. Cunningham and Dieckhaus have received major infusions of Sinquefield cash.
\
Sinquefield is also behind a constitutional amendment to remove teacher tenure.

But the biggest move the retired billionaire is making is his effort to eliminate Missouri's income tax and replace it with an "everything" tax, a sales tax that would not only cause more harm for those with lower incomes, but would make life easier for those who exist in Sinquefield's rarefied atmosphere.

If there is anyone who doesn't believe that money is having a negative effect on politics, take a look at the priorities of our legislature.

At a time when our state is low on money and the future is not looking bright, we are taking seriously an everything tax that would cut money right and left from vital programs, including our public school systems.

As hard as it is to believe, our legislators understand that the Everything Tax is a nightmare waiting to happen.

Some of them simply don't care.

Several weeks ago, I was talking to a couple of Joplin area businessmen about the Everything Tax. One of them told me about talking to a state representative and asking him why he was in favor of the proposal.

"He told me he knew it wouldn't work, but the (Republican) party leadership wanted it because if they didn't support it, they would lose a lot of money from that guy in St. Louis." The businessman was, of course, referring to Rex Sinquefield.

I received the same message from someone close to another Joplin-area legislator. "(He's) not sure which way to go on this," the source told me. "Sinquefield is saying he's tired of spending all of the money he is spending and not getting any results."

For so many years, we have heard politicians saying there is no quid pro quo involved in campaign contributions. I have had one after another tell me the special interests give them money because they agree on the issues. Obviously, that is not what motivates Rex Sinquefield, and I have a hard time believing that the motives of other special interests are that pure either.

Sinquefield's money may not have achieved lasting results to this point, but it has allowed one man to buy the agenda for the state legislature. The evidence is indisputable. Despite the lip service our elected representatives have given the last few years to jobs being the primary emphasis, we have instead been bogged down with educational vouchers, anti-union measures, eliminating the income tax, and one attack after another on public schools- all items that are high on Rex Sinquefield's agenda, but far down the list of priorities for the average Missourian.

During the past few years, our legislators have scrapped the limits on campaign contributions that were wisely put into place by voters, replacing them with a Wild West system in which the bully with the biggest gun and the most willingness to use it, Sinquefield, has the power
Is it any wonder that Sinquefield has poured more than $175,000 into the campaign account of Speaker of the House Steve Tilley, the man who controls which legislation is discussed in that chamber? His other targets have been the chairmen of key committees that handle his pet bills.

The time for meaningful ethics legislation not only has arrived, it is years past due. When one man, unanswerable to the people, has that much power, then we all have reason to fear.

You have apparently have not researched the federal FairTax or the Mo. Jobs Act. These bills would lower the taxes paid by all income taxpayers not just 'the rich'. Do you think it is unfair to lower everyones taxes or just the 'poor'?

would you care to enlighten all of us. How will the fair tax lower my rates? How will the MO Jobs Act lower my taxes. You just said Randy was ignorant about them and you knew the truth. Please tell me how much less i will pay in taxes if I make 10k, 20k, 30k, 40k or 100+k. I will be awaiting your response.

The writer misleads the reader right out of the box by claiming that the MTRA is an 'Everything' tax. Below is the long list of items not taxed. The Income Tax is the Everything Tax.
This is the language from the actual constitutional amendment.

Section 1(f). The following shall not be subject to any tax imposed pursuant to Section 1(e) of Article X:
(1) Those sales and services subject to taxes which are specifically exempted from the repeal in Section 1(d);
(2) Sales of personal property for which the tax authorized under Article X, Section 1(e) or a sales or use tax repealed by Article X, Section 1(d) has been collected due to a prior taxable transaction or sales for resale;
(3) Professional services;
(4) Sales, leases, or rents of real property including all fees, charges or commissions resulting directly or indirectly from the sale, lease or rent of the real property;
(5) Sales of metered or unmetered water or wastewater service, electric energy or capacity, electric service, natural, artificial or propane gas, wood, coal or heating oil;
(6) Sales of pharmaceuticals or medical services by a licensed health care professional for the direct benefit of any individual’s health care, where such sales or services are not subject to being recouped from another source;
(7) Child care services and services provided for by a residential care, assisted living, intermediate care or skilled nursing facility;
(8) Tuition and fees of any early childhood, prekindergarten, kindergarten, elementary, secondary, vocational or technical school, or an accredited institution of higher education for educational services;
(9) Services rendered by an employee for his employer;
(10) Services between entities that in the given year consolidate earnings;
(11) Sales or services directly used for agricultural trade or agricultural business purposes;
(12) Sales of materials, fuel, manufactured goods, machinery, equipment, parts, or replacement parts used or consumed in manufacturing, processing, compounding, mining, producing, fabricating, researching, or developing a product or producing a service, or controlling pollution, or that become a component part or ingredient of a product or service;
(13) Construction, warehousing, computer system, software design, employment, call center, and payroll processing services;
(14) Sales of stocks, bonds, financial instruments, and other similar intangible personal property;
(15) Sales of bullion or coins, artistic works, precious stones or other tangible personal property held exclusively for investment purposes;
(16) Sales of insurance products and insurance services;
(17) Sales of railroad rolling stock for use in transporting persons or property in interstate commerce and motor vehicles licensed for a gross weight of twenty-four thousand pounds or more or trailers used by common carriers, in the transportation of persons or property;
(18) Sales of barges which are to be used primarily in the transportation of property or cargo on interstate waterways;
(19) The purchase or storage of tangible personal property by any common carrier engaged in the interstate air transportation of persons and cargo;
(20) Gaming sales, services, wagers, winnings, or admission fees related to licensed bingo, racing or excursion gambling boat activities;
(21) Sales or services to or for the benefit of the United States of America, any state, county, other political subdivision, foreign government, or a charitable organization exempt from taxation under federal law, and the sale or service is in furtherance of the purpose of the state, county or other political subdivision, or a charitable organization;
(22) Sales made through the use of federal food stamp coupons or any successor program;
(23) Sales for which federal government coupons or vouchers under the supplemental feeding for women, infants and children program, or any successor program, are used as payment;
There's more... ...look it up for yourself!