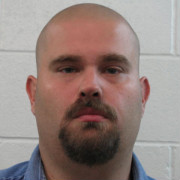 Massa was found guilty by a Barry County jury, which heard the case on a change of venue from McDonald County, in 2011.

Massa shot Bobby Stacy, 26, Gravette, Ark., to death March 28, 2010 during a traffic stop. Massa was arrested after a Missouri Highway Patrol investigation revealed that the evidence did not match Massa's version of how the shooting occurred.

He is serving a three-year prison sentence.