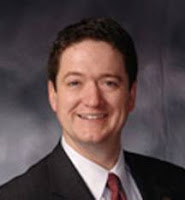 JEFFERSON CITY, Mo. – House Speaker Tim Jones and House Budget Chairman Rick Stream today took Governor Nixon to task for the scare tactics he has used in an attempt to prevent the veto override of the most significant tax reduction package in decades. Jones and Stream said the governor has resorted to hyperbole and a reliance on “worst case scenarios” to frame his argument against the tax cut package (HB 253) passed by the legislature earlier this year.


“The governor has consistently painted himself as a proponent of lowering our tax burden and allowing Missourians to keep more of their hard-earned dollars, but when push comes to shove he resorts to political stunts and fear-mongering in an attempt to prevent a well-deserved tax cut for Missourians and Missouri businesses,” said Jones, R-Eureka. “Even more outrageous is the false choice the governor has fabricated that pits the tax cut against funding for education, and that he makes this weak argument while our state has a surplus in the hundreds of millions. Missourians need to be aware that they can benefit from a reduced tax burden without in any way jeopardizing the record levels of funding we continue to provide to our system of education.”


“The bottom line is that the governor is using inaccurate projections to mislead Missourians about the true impact of HB 253,” said Stream, R-Kirkwood. “The truth is that our state is experiencing a healthy level of growth and Missourians deserve to have a portion of their hard-earned dollars returned to them in the form of a tax cut. Keep in mind that at the close of the 2013 fiscal year Missouri had collected $742 million dollars more than it had in FY2012 and had sustained 10.11 percent growth. This picture the governor has attempted to paint with Missouri teetering on the edge of a fiscal cliff is completely fabricated and blatantly false.”


Jones and Stream said the governor’s latest effort to create the appearance of an education funding crisis is based entirely on trigger provisions related to the Federal Marketplace Fairness Act being enacted as law. Both agreed that the passage of the act is unlikely in the coming year. Furthermore, Stream said the governor’s fictional fiscal crisis is predicated on individuals being able to file an amended tax return for the past three years at a lower rate if the act is passed. However, Stream said if the governor were to direct the Department of Revenue to apply a retroactive income tax rate to amended returns, the maneuver would likely be a violation of Article 1 Section 13 of the Missouri Constitution, which specifically states that no ex post facto law can be enacted.


“When you peel away the layers of political rhetoric and look at the facts you can clearly see the governor’s arguments are flimsy at best, and outright fabrications at worst,” said Jones. “This latest attempt is nothing more than a political stunt and something I hope people can see through easily. The governor wants to put the legislature in a corner on this issue, but we will not be bullied on something this important. The people of Missouri sent us to office to take the kind of bold steps forward that the most significant tax cut in nearly a century would provide.”

“The governor is needlessly withholding $400 million to punish schools, agriculture and State employees in order to score political points,” said Stream. “The State is experiencing explosive growth, so for the governor to withhold anything is overstepping his constitutional authority. Just last month revenues were so good that the Governor released all of his FY13 withholds, roughly $50 million dollars, only to announce $400 million in FY14 withholds a few weeks later.”


Jones said the Missouri Constitution makes it clear that the governor’s authority to withhold appropriations is limited to circumstances where actual revenues fall short of revenue projections used to create the state operating budget. He pointed to language in the constitution that states the governor, “may reduce the expenditures of the state or any of its agencies below their appropriations whenever the actual revenues are less than the revenue estimates upon which the appropriations were based."


“Our state constitution vests the budget-making authority in the Missouri General Assembly and limits the governor’s power to circumstances that require emergency action such as a budget crisis or a natural disaster,” said Jones. “With his withholdings during a budget surplus, the governor has clearly exceeded his constitutional authority and eliminated some of the checks and balances that are necessary to make our system of government function properly. I look forward to the Supreme Court’s decision on this issue and hope it will help restore balance among the three branches of government.”


Jones said that, regardless of the governor’s threats to withhold appropriations from education and other state services if the legislature overrides his veto of HB 253, the Missouri House will give serious consideration to voting the bill into law. Jones said the Republican-led legislature is proud of the fiscally conservative approach it has taken over the last decade that has led to a more efficient allocation of taxpayer dollars and a lower overall tax burden for many Missourians.


“Republican leadership has consistently worked to lower the tax burden because we believe that the people, and not the government, know best how to spend their hard-earned dollars. While the governor may say one thing and do another when it comes to tax cuts, Missouri’s conservative leaders have been consistent with their vision and decision making on this issue that is so important to Missouri taxpayers,” said Jones. “We will continue to push Missouri forward as a state by working to lower our tax burden, improve our business climate, and make our state an ideal place for families to live and employers to do business.”
Posted by Randy at 2:38 PM