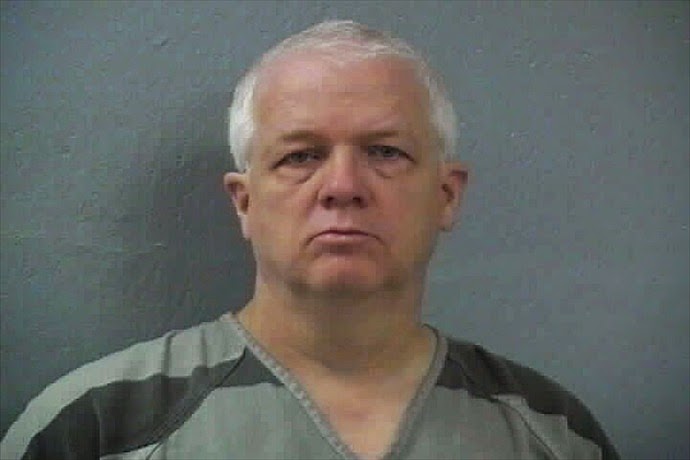 Former Webb City High School Principal Mark Porter has been charged with the May 1 murders of Gary and Jan Tyrell of Springfield.

The following news release was issued by the Greene County Prosecuting Attorney's office:

Greene County Prosecuting Attorney Dan Patterson announces that Mark E. Porter, 53, of Ozark Missouri, has been charged today with two counts of murder in the first degree for killing Jan and Gary Tyrell.

On May 1, 2014, Springfield Police officers were dispatched to the Tyrell home at 3232 S. Greenbrier to check on their well being after their daughter had been unable to contact them. The officers were able to enter the home and found Jan and Gary deceased inside.

Jan died of apparent blunt force trauma to the head and Gary died of gunshot wounds.

Since that day, the Springfield Police Department has been vigorously investigating the crime. During the course of the investigation, detectives were able to locate a coffee cup abandoned by Mark Porter. The Missouri Highway Patrol Laboratory expedited its analysis and was able to obtain a DNA profile from that cup and compare it to a latex glove found in the Tyrrell home in close proximity to Jan Tyrrell's body. The lab reported that the DNA profile from Mark Porter's coffee cup was consistent with the DNA profile developed from the latex glove found in the Tyrrell home.

Mr. Patterson expressed thanks to the Springfield Police Department Violent Crimes Unit and Narcotics  Unit as well as the Missouri Highway Patrol Laboratory for their diligent work that led to the arrest and charges announced today.

Mr. Patterson cautions that the charges contained in the felony complaint  are merely allegations and that the defendant  is presumed innocent until and unless proven in guilty in court.

The case is being prosecuted by Prosecuting Attorney Dan Patterson. It is being investigated by the Springfield Police Department and Detective Chris Barb is the lead investigator assigned to the case.

Mark Porter was Webb City High School principal for a couple of years in the early '90s. He became superintendent of the Mountain Grove School District for two years, 2003-2005. Murder victim Gary Tyrell worked for him as an assistant superintendent during that time.

The probable cause statement can be found at this link.
***
Please consider taking a voluntary subscription to help the Turner Report blogs continue to expand.

A glove and a coffee cup? Either he wanted to be caught or its a set up

There goes your set-up theory.