U. S. Department of Labor: Mojo Burger paid less than minimum wage, no overtime to 26 employees 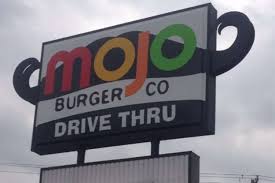 In an action filed today in U. S. District Court for the Western District of Missouri, the U. S. Department of Labor claims Mojo Burger, 702 S. Maiden Lane in Joplin paid 26 employees less than minimum wage and stiffed them on overtime compensation.

The alleged violations occurred between July 13, 2017 and July 12, 2018 and include both current and former employees, according to the complaint.

The complaint alleges Mojo Burger worked the employees more than 40 hours a week and did not pay overtime resulting in them receiving less than minimum wage. The company also "failed to keep adequate records."


The Department of Labor is asking that the employees receiving back wages and damages and asks if the judge does not approve damages that Mojo Burger be required to pay interest.

Eric W. Gilbert, Webb City, described as a 50 percent owner of Mojo Burger is also listed as a defendant.
Posted by Randy at 4:45 PM