Koster: How low will he Sinquefield? 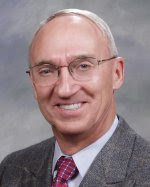 Republican turned Democrat Chris Koster hit the jackpot Sept. 28.
That was the day, according to his disclosure report that the attorney general candidate raked in about $99,450 from 78 political action committees organized by retired billionaire educational voucher supporter Rex Sinquefield.
Not so coincidentally, you can be sure, nearly all of those committees were created the same day, according to Ethics Commission records.
The committees go by such misleading names as "My Job, My Wage," "Parents and Public Schools," "Missourians for Economic Growth," "Missourians Needing Educational Alternatives," "Missourians Supporting Teaching Excellence," etc.
And, of course, as reported previously, all of these misnamed organizations have various regional satellites, all of which are pouring the maximum $1,275 apiece into Koster's campaign.
Sept. 28, also saw Koster striking the jackpot with Harrah's Casino, St. Louis, which also made a maximum $1,275 contribution. It is one of two casino contributions noted in the disclosure report. Coincidentally, the other one, for $600 from Isle of Capri Casinos, came the same day, Sen. Jeff Smith, D-St. Louis, and Rep. Joe Aull, D-Kansas City, were arrested for misusing Aull's identification, during a casino junket paid for by lobbyist Chris Liese and including Sen. Jolie Justus, D-Kansas City, Sen. Wes Shoemyer, Rep. Judith Baker, D-Columbia, and Sen. Chuck Graham, D-Columbia.
Posted by Randy at 9:21 PM

If a candidate only takes money from donors he agrees with then he's selling a yes vote.

Candidates should take money from everyone and everywhere if they want to win, then vote in the interest of their constituents.

Until we have public funded campaigns, how can you smell only one candidate when the entire system is rotten?

Perhaps, but if you check this blog, you will see I have targeted many other politicians besides Koster, from both parties.

It’s difficult to tell what upsets you more: Senator Koster receiving money from a supporter who happens to like Koster’s positions on various issues … or Rex Sinquefield’s ability to contribute through the creation of dozens of PACs.

Keep in mind that during the brief period in which campaign financing limits did not exist, Sinquefield contributed oodles of dollars to candidates he supports. The July 19th Supreme Court ruling eliminated Sinquefield’s ability to contribute freely and openly and has led to Sinquefield and others creating political action committees to accomplish – in the shadows – what he and others clearly wanted to accomplish out in the open. If there’s a will there’s a way … and using PACs to funnel money into campaigns or causes is perfectly legal.

As to what you label as the “misleading names” of these PACs, you are no doubt aware that euphemisms are a big part of politics. Calling a committee “Missourians Needing Educational Alternatives” is more palatable than one that might be named “Vouchers at the Expense of Public Schools.” Is this really any different from pro-choice supporters avoiding the word “abortion” in favor of the euphemistic “a woman’s right to choose?”