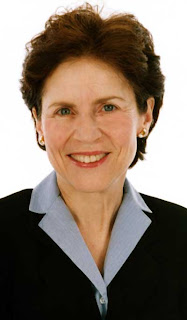 The St. Louis Post-Dispatch has endorsed Margaret Donnelly in the three-way race for the Democratic nomination for attorney general:

• Margaret Donnelly, 54, a state representative from Richmond Heights and a lawyer who specializes in family law, has been a leading voice in the Legislature on behalf of children. As attorney general, she says, she would emphasize child support enforcement, the Sunshine Law, consumer protection and prosecution of Medicaid fraud. She also said she would crack down on frauds against senior citizens, with a special eye on the reverse-mortgage market.

• State Rep. Jeff Harris of Columbia, 43, offers a comprehensive plan for the office based on his experience as a former assistant attorney general. He says he also would place a special emphasis on consumer protection. In addition, he believes the attorney general’s office should absorb the Missouri Public Counsel’s office and represent consumers before the state Public Service Commission.

Mr. Harris is an impressive candidate, but the strength, heart and tenacity of Margaret Donnelly make her our choice.

• The third and most controversial candidate in the race is state Sen. Chris Koster, 43, of Belton. He became a Democrat only a year ago, saying he no longer could abide the state GOP’s “extremist agenda.” In an interview, Mr. Koster acknowledged that if there were room in the Missouri Republican Party for a moderate, he would not have made the switch. We, too, wish there were room in the state GOP for a moderate. But Democratic voters may not feel comfortable with a man who voted in favor of much of the Republican legislative agenda and who has heavy financial backing from conservative activist Rex Sinquefield, whose key issues are lower corporate taxes and school choice.

The editorial will appear in the Sunday print edition of the Post-Dispatch.
Posted by Randy at 5:35 PM