Cross to lead the way when St. John's is demolished today 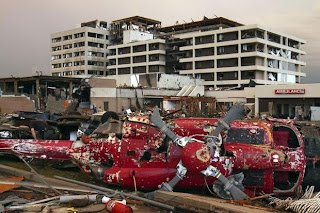 The damaged building that has loomed over the tornado-damaged landscape of Joplin will be demolished today.

St. John's Hospital is scheduled to face the wrecking ball today and groundbreaking ceremonies will be held at the facility's new location. From CNN coverage:

When the roaring stopped, when the debris stopped whirling and the glass stopped breaking, the 4-foot wooden cross remained on the wall.

It was a fixture in the emergency department waiting room of St. John's Mercy Hospital in Joplin, Missouri, a symbol of the hospital's Catholic roots and, perhaps, a comfort to the sick and injured who sought help there.

And after St. John's took a direct hit from a catastrophic tornado May 22, it became a symbol of something else: Joplin's resilience, the strength and compassion of its people and their determination to rebuild.

On Sunday, the cross will be loaded onto a truck bed and will lead the way from the old hospital to the site of a new facility during a dual demolition-groundbreaking ceremony. Demolition of the old hospital building -- a reminder of the tragedy -- will begin, and ground will be broken for a new building as Joplin moves forward. 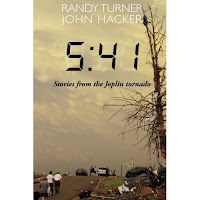