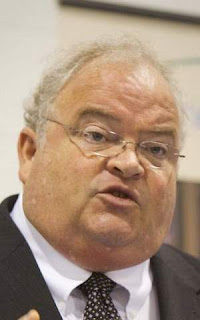 “President Obama can’t cover up his bad policies with more fancy speeches. Over 1.7 million people have lost their jobs since the President came into office three years ago and the deficit has gone up $4.6 trillion dollars. It would be hard to do a worse job if you tried.

The President tried to pass the buck and claim that Republicans are to blame for the mess we’re in. He forgets that Republicans opposed spending another $4.6 trillion dollars in debt on boondoggles like cash for clunkers, stimulus, bailouts, and all the rest. We need policies that will get small businesses back on their feet, not more stimulus programs that only stimulate the debt. After all of his spending and stimulus programs that didn’t work, he’s got more guts than an Army mule to compare his philosophy to Lincolns.

If you had his record you wouldn’t want to run on it either so of course he is blaming Congress. The President continued campaigning tonight against a do-nothing Congress much as Harry Truman did. The difference is our economy was in much better shape in 1948.”

“Most jobs in America are created by small businesses. The President’s bailouts for unions and other cronies didn’t do anything to create jobs for hard working Americans. He said he’s for an all-of-the-above energy policy but when the President had a chance to create 20,000 jobs and increase our energy security with the Keystone XL Pipeline he caved in and killed the project. Not to mention gas was $1.84 a gallon when he was sworn in”

“Today marks the 1,000th day without the Senate passing a budget and the President didn’t mention that. As a small businessman I know how important it is to have a budget and how tough it can be to make that budget balance. We should expect no less from our government than a balanced budget.”

“It took over $4 trillion dollars of borrowed money, but President Obama has succeeded in proving that government spending does not stimulate the economy. I just wish that he had listened to some of us that knew that without bankrupting our children to find out. Now the federal debt is over $15 trillion, which is greater than our entire national income. If everyone in America gave 100% of their paycheck to the government we would still be in debt. Our government needs to balance its budget just like the families and businesses in Southwest Missouri.”

“Bipartisanship isn’t about meeting a bad idea halfway and smiling to the cameras about it. The problems that face America are not Republican or Democrat problems, they are American problems. The House has worked hard during this last year to provide American solutions. We have passed nearly 30 bills to create jobs by doing common sense things like increasing energy production, eliminating anti-business regulations, and reducing the cost of government.”
Posted by Randy at 8:29 PM

I wonder which lobbyist wrote this for Billy?

Billy must have dreamed this up while he was sleeping during the speech.

Billy, it's obvious you are 'growing' in the job.